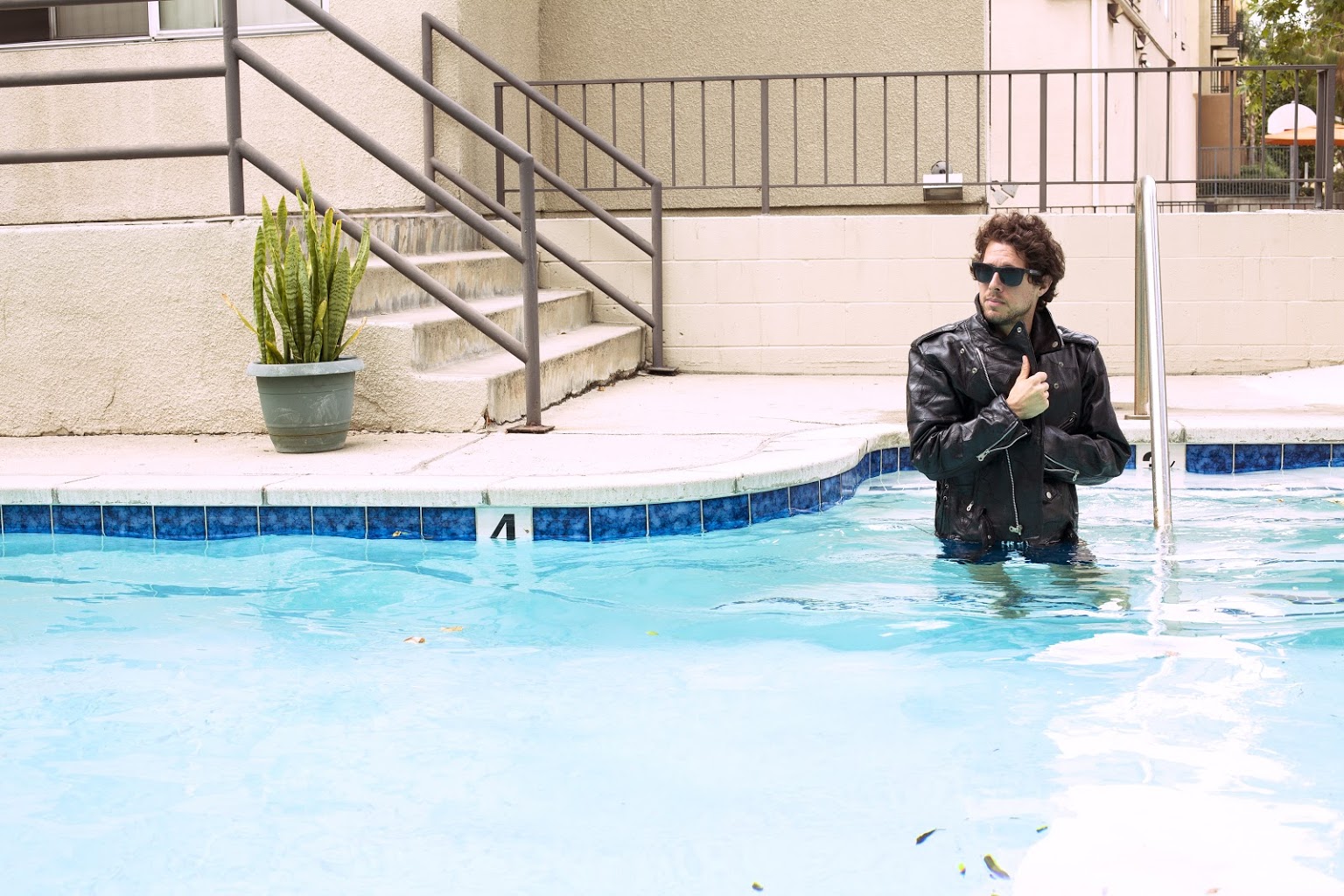 ORLANDO, Fla. – Self-conscious punk Walter Vaughn was too embarrassed by winter weight gain and excessive body hair to remove his rebellious outerwear while taking a refreshing dip in a local pool with friends, sources soaking up the sun confirmed.

“I won’t lie, after I quit smoking cigarettes I have really let myself go,” said Vaughn, still wearing his leather jacket while playfully splashing in the shallow end of his apartment complex’s pool. “I have ballooned up to 160 pounds this winter. Normally I am at a lean 140. My bullet belt doesn’t even fit anymore.”

Friends of Vaughn noted that he has seemingly been comfortable with his body in the past and is usually the first person to go shirtless at shows. The sudden switch caught many people off guard.

“We all thought it would be great to hang out in the pool and drink together, but then Wally refused to take off his jacket. We all thought it was sort of a joke or something at first but then he got really defensive and mean,” said longtime friend Shelly “Shellz” Romero. “Nobody would even notice if he had gained weight anyway, but you definitely notice the one guy wearing a leather jacket while floating on a pool noodle.”

Initially Vaughn tried to deflect his body shame with a variety of different excuses, but nothing seemed to convince the other pool partiers.

“First he told me he was a really big Who Killed Spikey Jacket? fan but when I said, ‘Oh yeah, pool-punks dress punk’ he just gave me a blank stare. Then he told me he was trying to avoid sunburns and doesn’t want to support sunscreen corporations because of their history of animal testing,” said Romero. “Whatever. This guy did more cocaine than I thought was humanly possible last weekend and now he is worried about getting a tan?”

As of press time Vaughn was approaching a full hour of being “it” in a game of Marco Polo due to his jacket limiting his ability to move quickly through the water.