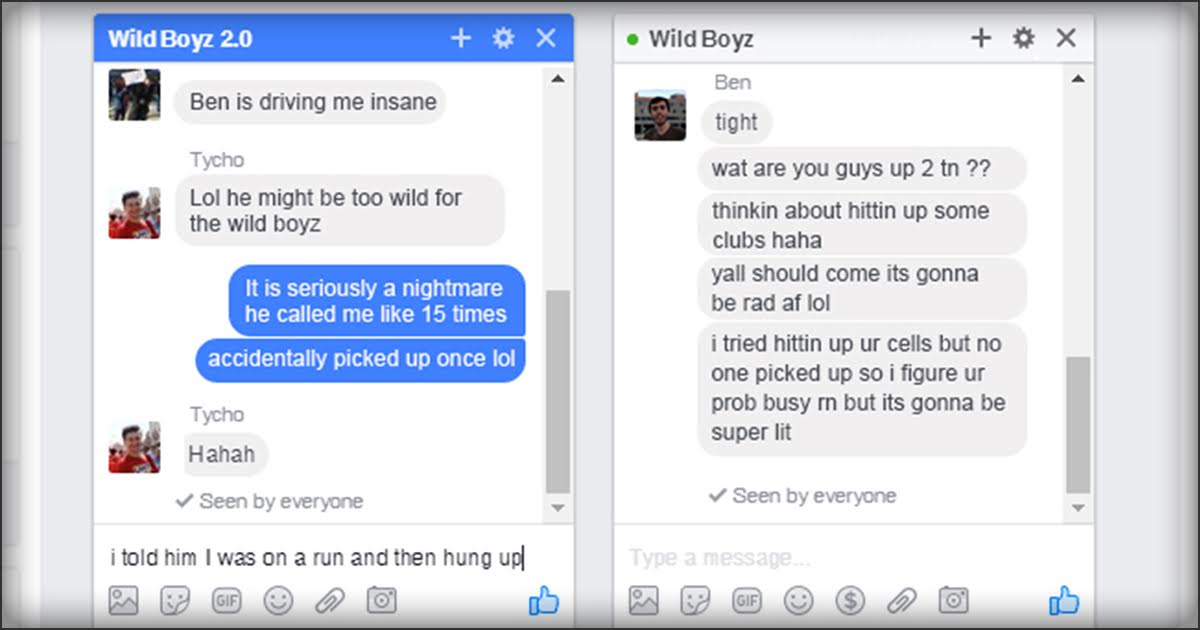 RENO, Nev. — Several founding members of local group chat “Wild Boyz” have started a new thread dedicated entirely to mocking one individual from the original group, according to witness reports and phone records.

Members of the popular group chat claim the longtime discussion has been overrun with messages from Ben Wagner, posting Workaholics gifs and inquiries of, “Where the party at?”

“I proposed we start a new group. Ben has annoyed the other 12 guys for so long, we had to have a place for us to vent,” said Tycho Hansen, creator of “Wild Boyz 2.0.” “He got added to the group when he was planning Sam [Skelly]’s bachelor party because he was friends with Ben in college, but it got out of hand fast.”

“Wild Boyz 2.0” has been dedicated exclusively to talking shit about Wagner behind his back and making plans without him.

“This is exactly what we needed. We all felt trapped,” said Skelly. “Ben and I used to be tight, but he’s the type of guy that, if he drives by your house and sees a light on, he’ll pull into your driveway and try to hang out. My wife hates him because he always calls her ‘Friend Stealer,’ then laughs and says, ‘Only kidding, Friend Stealer.’ It gives her the creeps.”

Since the inception of the new group chat, the original “Wild Boyz” conversation has all but died, as members respond with generic emojis anytime Wagner tries to make plans.

“Ben asked if anyone wanted to meet up down at Suki’s for dinner, and I just posted the flag of Ireland, shut my phone off, and went to bed,” said Chris Trilla, who has only actually met Wagner once. “I always need to keep a charger with me — Ben texts so much it drains my battery. The irony is, Ben would love ‘Wild Boyz 2.0,’ because it’s all about him. We’ve actually got plans for a ‘Wild Boyz 3.0,’ which will be dedicated to how much everyone fucking hates Tycho’s new girlfriend.”

When reached for comment, shunned group member Ben Wagner asked if The Hard Times knew “where the party [was] at.”