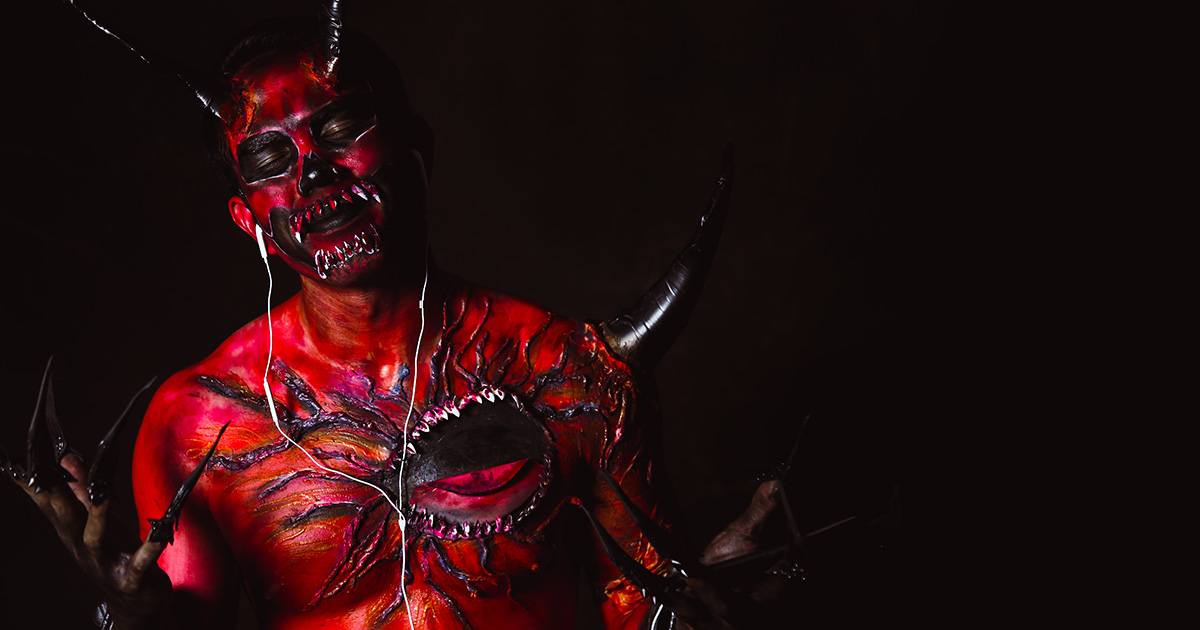 HELL — Ruler of the underworld and Dark Lord Satan admitted that even after all these years, he is still flattered whenever he hears a heavy metal band has written a song about him, several horned, pointy-tailed sources report.

“I still just find it so sweet that all these talented musicians could choose any deity in the world to write about, yet they still choose to pick little ol’ me,” Satan said while giggling and kicking up some stones from under his hoof. “I mean, I’m just the supreme monarch of Hades and all, nothing special. But from Black Sabbath in the ‘70s, to Mercyful Fate in the ‘80s, and now with Ghost blowing up, I’m still flattered when my likeness is used just as much as the first time my name was mentioned in ‘War Pigs.’ See, my big red face is even redder just thinking about it!”

George Manning, singer of heavy metal band “Rites of Old” talks about what a pleasure it is to pay tribute to his unholy lord and master.

“Our band, and heavy metal in general, owes all our success to the big guy downstairs,” Manning explained while touching up his upside-down cross stick-and-poke. “Knowing that he appreciates and loves kind words from fans like us makes me all the more proud to have named our debut record ‘Satanic Satans From Hell.’ I know he’s a bit bashful, but it’s that sense of humbleness mixed with, you know, being the essence of evil, that is what makes bands like Slayer and Venom want to base their entire careers off him.”

Herman Burger, High Priest of the Satanic Temple in Salem, Massachusetts, expressed his jealousy and displeasure that Lucifer is clearly playing favorites with his worshippers.

“It’s fucking bullshit, man. I’ve spent years and years attempting to get the attention of the Dark One with Satanic masses, seances, ritual kidnappings, sacrifices, and just about everything else I could think of,” Burger said as he stumbled over his loose fitting cloak. “But no, Satan doesn’t give two shits unless it’s praise coming from some greasy haired, beer breathed caveman in an Iron Maiden shirt. I didn’t want to go too evil and convert to Catholicism, but I may have no choice.”

At press time, Satan was seen walking with a bit more pep in his step after seeing the tracklist for an upcoming Nunslaughter album.