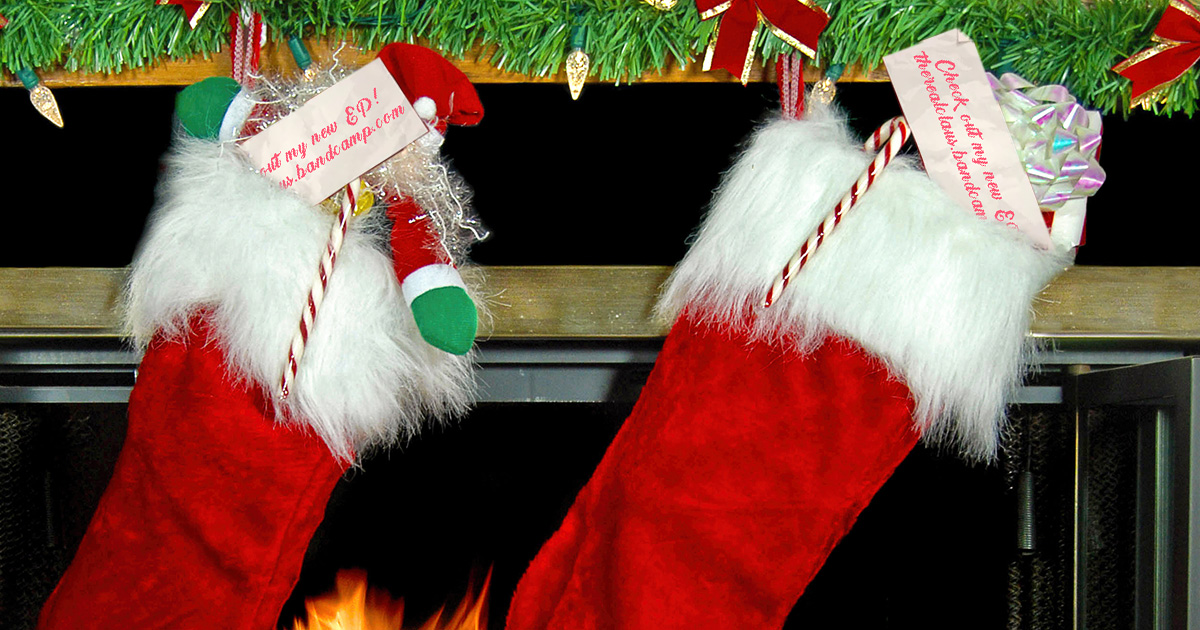 “I thought I’d change up this year and give a few kids the gift of great music — which coincidentally, also happened to be my music,” said Claus while booting up a free trial version of Ableton. “I made sure to only give the link to kids with good taste, though: I don’t want some toolbag bumping my songs. This EP is only for the real kids out there. If you didn’t get one, maybe you should chill on the ‘Baby Shark’ remixes.”

Claus received his first MIDI controller last year when a child who asked for it was moved to naughty list for arson a few days before Christmas. Claus has since produced and released lo-fi music as “Santa Clout.”

“He spends all of his time making that shitty music, and we can’t criticize him because he controls all of our food,” said Sprinkles, a member of Claus’s elf labor force. “We elves used to spend our days making toys and singing jolly songs together, but now we’re stuck in a studio with Santa’s crap music. If I have to help him sample another fucking quote from ‘The Simpsons,’ I’m going to ho-ho-hang myself.”

So far, the EP’s reception has been mostly negative.

“If I wanted a stocking full of garbage, I’d have hung my stocking on the lid of our trash can,” said Aaron Blanc, a six-year-old and frequent Pitchfork contributor. “Claus’s work on this EP is abysmal. Quite frankly, I’m offended that he’d give me this instead of the Hot Wheels I asked for.”

For his part, despite the disappointing feedback, Claus still plans to write music.

“Looks like I’m putting those tasteless little bastards on the naughty list,” said Claus. “You better tell Sprinkles that his little comment just earned him a week in the box.”