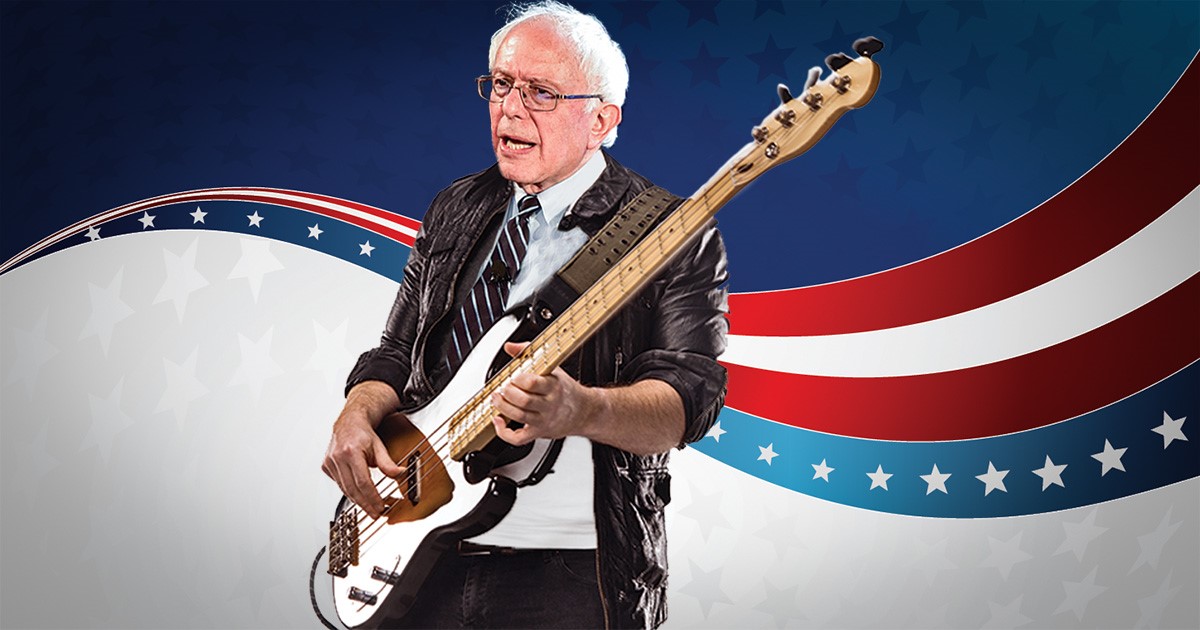 “America’s greatness is not a result of elite billionaires, but the honest working class,” declared Sanders, who used the last 20 seconds of his allotted answer time to play the slap-bass theme to “Seinfeld.” “Similarly, my thunderous bass tone is not the result of boutique custom basses or tube amps, but rather, a Squier P-Bass and a used Crate amp I got off Craigslist.”

“Tone is in every American’s fingers — not just the ultra rich!” Sanders later shouted to punctuate his position on healthcare, ending his closing monologue to rapturous applause before launching into Metallica’s “Anesthesia [Pulling Teeth].”

Sanders’ supporters viewed the performance as a testament to his priority of fighting for America’s working class.

“More than any other candidate, Bernie truly is a man of the people; the little guy,” said 2016 supporter and artisanal bong craftsman Bud Sexton. “And he proves this by rocking not with some Fender Custom Shop Jazz Bass with gold parts and an ebony fretboard, but a lowly, particleboard Squier P-Bass you could pick up in most Goodwill stores.”

“Bernie will say he prefers to play with a pick because of the tone,” yelled Yang. “I saw him backstage once, attempting to warm up with some fingerpicking… and it sounded like pure ass! There’s a difference between choosing not to do something, and not being able to do it at all. Bernie will make promises and never be able to follow through.”

Furthering the accusations, an anonymous source since leaked that Sanders owns multiple new Rickenbacker 4003 basses at home for his stoner/doom metal project, all valued at $2k a piece. The Sanders campaign has not yet responded to the allegations.