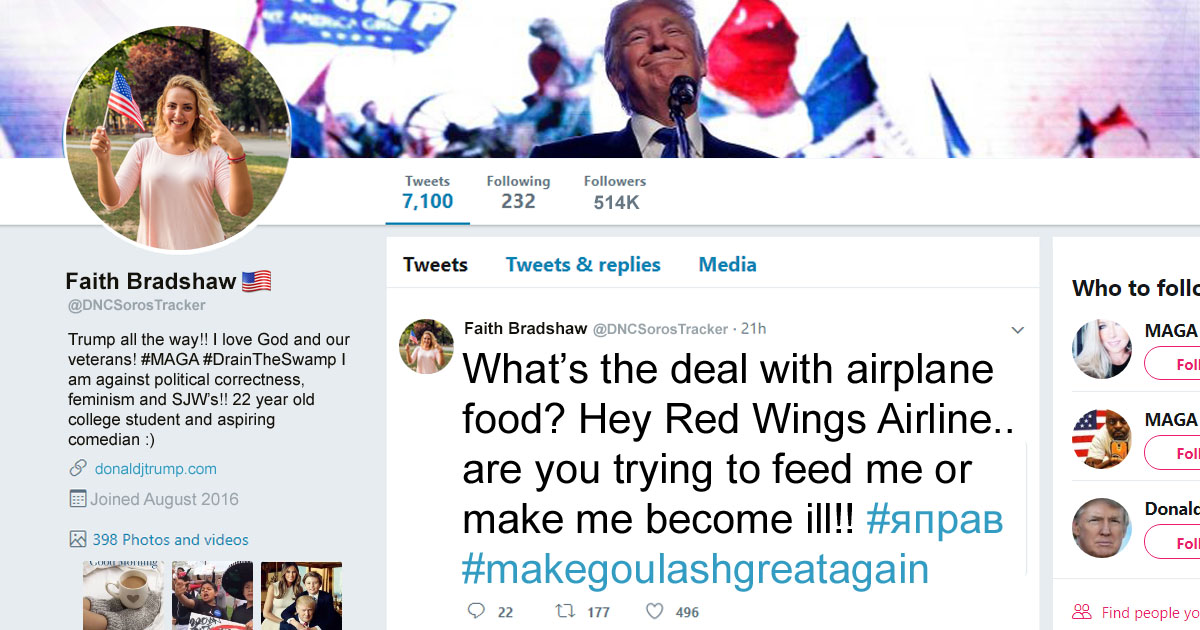 “It has been wonderful industrious experience manipulating interests of ignorant Americans with no personal stake in results, and with no — how you say — scruples,” the tweet read, in an implied, thick Russian accent. “And I shall not forget lessons learned from my comrades, but is time I pack up and am moved to sunny and warm American commercial center, Los Angeles! Hollyweird, as it is well known!”

@DNCSorosTracker’s colleagues were mildly supportive, but held some reservations.

“He was one of very best performing People’s Social Web-sharing Modules we had,” said fellow bot @ExposeClintonLies. “I comprehend excite, but am not sure as he knows what is get into. Occasion, I watch Western television programs when supervisor has absence, and it makes looks very perilous. It is hope comrade SorosTracker does not become Californiacated.”

Sources close to the bot claim @DNCSorosTracker has already begun workshopping its own poorly-translated material, on subjects ranging from an overtly flattering profile of Vladimir Putin to the quality of goulash served on Russian airlines. However, some worry this will be a major career mis-step.

“Followers of the bot have not responded well to the transition. Many are calling the bot a ‘cuck slut’ and suggesting that the bot kill itself,” said Peñaba. “We’ll have to wait and see if the bot works up the guts to perform at an open mic, or if it will just continue its online presence.”

At press time, the Twitter bot expressed interest in taking an improv class, allegedly because of the communal nature and emphasis on sharing.