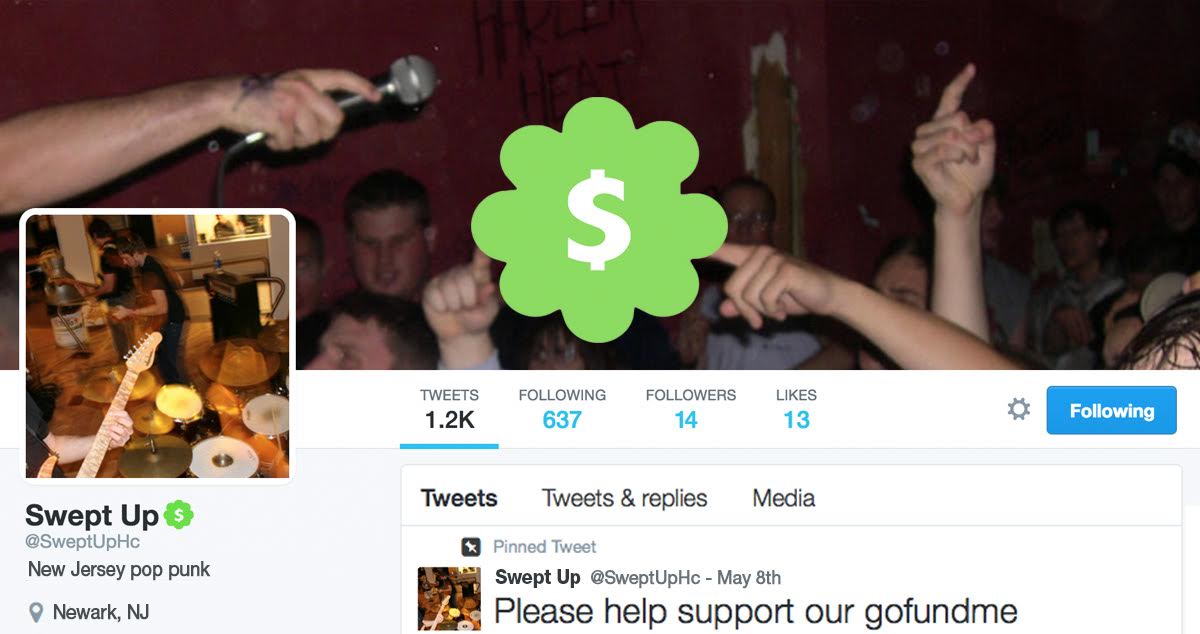 SAN FRANCISCO, CA – In an attempt to cater to new demographics, Twitter announced it will be expanding its verification feature to determine which bands and members of the punk community are complete and total sellouts.

Twitter has been verifying accounts of celebrities and world leaders for years by placing a small blue check mark next to their usernames. Sellout verification by contrast adds small green dollar signs next to the Twitter handles of individuals or of bands who have “sold out.”

Since the induction of the devil horns emoji, various giants of Silicon Valley have been making inroads into the world of alternative/punk culture. The “sell out” verification is the latest attempt by the corporate giant to appeal to a cynicism which has been a hallmark of alternative music fans for decades.

The multi-billion-dollar company believes its tiny dollar sign will soon be an integral aspect of the punk and hardcore community lexicon due to the scene’s inherent capriciousness. “Deeming smaller, less popular bands as garbage without a requisite level of hype, only to turn around and accuse the same bands of selling out the moment they reach popularity, is just the kind of nonsensical word vomit we pride ourselves on here at Twitter,” said Dorsey.

The sellout verification will take multiple factors into account when determining which bands qualify. Examples of factors include gaining more than 10,000 followers, playing at any major festival, or simply being reviewed by Pitchfork.

“The average punk’s musical taste isn’t defined by what they enjoy, it’s defined by what they hate. Sellout verification will make it easier for our users to know which bands to spam with arbitrary vitriol,” said Dorsey. “And as the world’s number one purveyor of arbitrary vitriol, Twitter would rather capture the market, and bring it into the fold, than compete with it.”