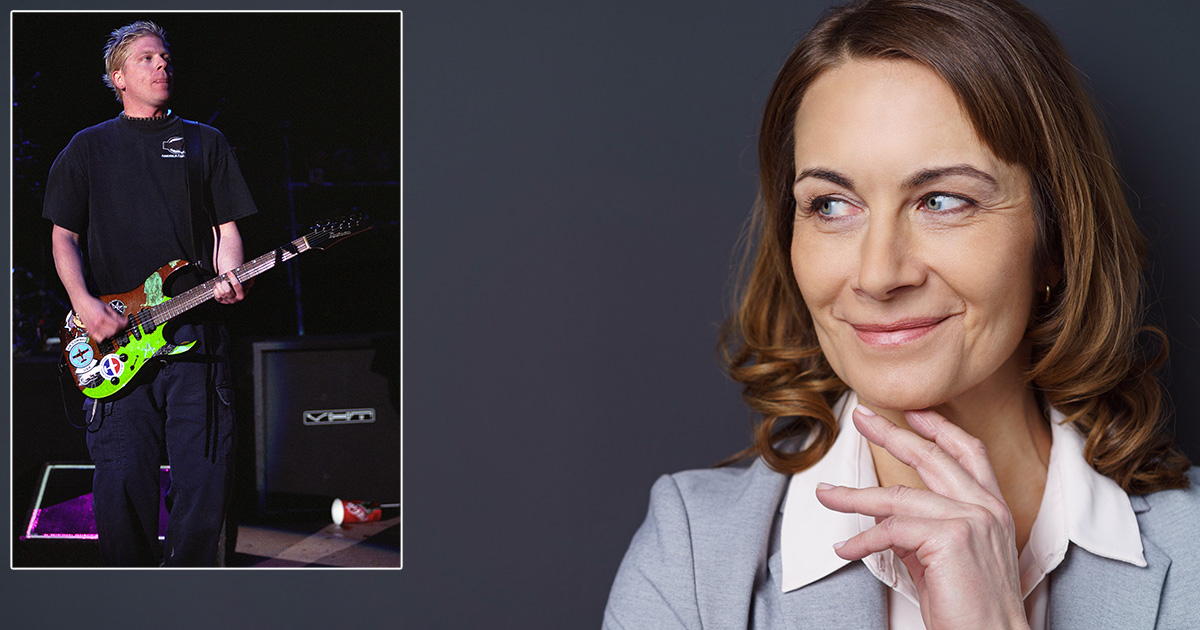 “I wandered into the kitchen last week and found Mom listening to the ‘90s channel on Sirius and gently swaying back and forth with her eyes closed — the song was ‘Pretty Fly for a White Guy,’ and she just moaned, ‘He sure was fly…,’” explained son Elijah Webber. “When she said she met the band once and the lead singer was ‘so nice,’ it was immediately clear what she was hinting at. I got the hell out of there before she could wax nostalgic about her other alt-rock sexcapades.”

Without prompting, Candace elaborated on her numerous, “incredibly passionate and sweaty” meetings with Holland.

“Oh, I knew Dexter back in the day… you might say, you couldn’t keep us separated. Whenever the band was in town, I’d come out and play, if you catch my drift,” explained the 52-year-old systems analyst. “I don’t want to say too much more; I’m a mom, after all.”

“Let me just add that despite his lyrics, I’d never say it was lack of sex that was bringing him down,” she added. “Wait, was that an Offspring song? Either way, any time I see Gringo Bandito hot sauce at the grocery store, it gets me a little hot and bothered.”

“Well, like any rock star in their heyday, Dexter Holland was very popular with young women. And eventually all those young women grew up and became unfulfilled, suburban moms with dumpy husbands and embarrassing tramp stamps,” said Townsend. “We even have the data to prove it: a study from 2016 found that every five minutes, a mom somewhere in the O.C. is getting drunk on sangria and reminiscing about sleeping with Dexter Holland, Mark McGrath, or any of the guys from Lit.”

Elijah has since scrubbed the house of every vintage bowling shirt, DVDs of “Empire Records,” and anything else that might remind his mom of dudes she fucked in the ‘90s.