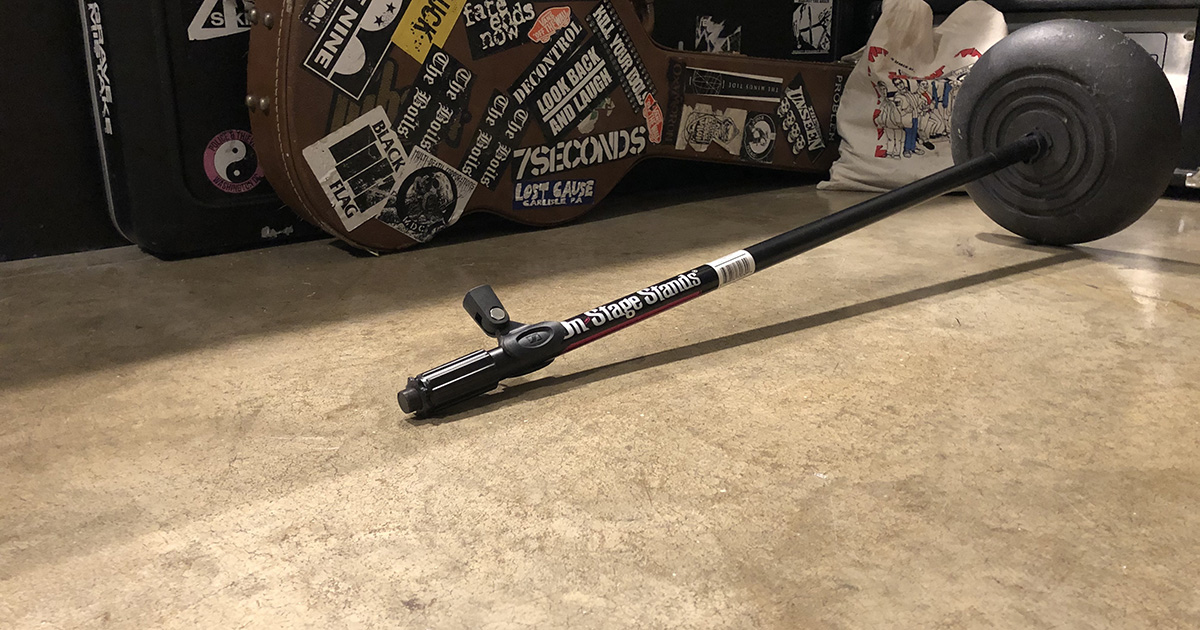 LOS ANGELES — The lone mic stand at music venue The Kick Drum in eastern Los Angeles “fucking blows” and won’t stop drooping down seconds after tightening it, according to multiple reports from disgruntled performers.

“I’m usually a peaceful, chill person: I go to yoga and smoke a worrisome amount of weed,” explained Rebecca Cox, a psych-folk artist scheduled to play tonight. “But no breathing exercise can help me contain my rage while tightening this goddamn K&M mic stand for the twelfth time, only to watch it sag down in slow motion. My fingers hurt and I’m supposed to play a 12-string acoustic guitar tonight!”

“I asked at sound check if they had another mic stand,” Cox continued while a vein near her eye bulged out boldly. “The sound engineer said they did, but of course it’s missing its fucking mic clip, so it’s worthless. Just like every mic stand. They all suck.”

Musicians aren’t the only ones who struggle with the ever-faulty König & Meyer microphone stand.

“I host an open-mic comedy night here every 3rd Wednesday, and I fully attribute our empty crowds to that shitty mic stand,” explained comedian Maxwell Comb. “That thing is one-third of all the props necessary for stand-up, the others being the mic and stool. If all three aren’t perfect, the crowd can feel the weird vibe and won’t laugh at my solid Paris Hilton jokes that killed back in 2004.”

For its part, the mic stand defended its ability to hold a microphone and questioned users’ expectations.

“People are never going to try to really understand me — I accepted this years ago,” said the gunmetal gray microphone stand. “You can’t just stick my boom arm all the way out and expect me to hold it still with just a thumb screw! Did everyone who comes through this venue fail physics class? Whatever. Considering the talent, it’s best no one hears anything at all anyway.”

A König & Meyer representative who was asked about whether the company had plans to create a microphone stand that “doesn’t suck ass” responded with hysterical laughter so strong that it led to vomiting.