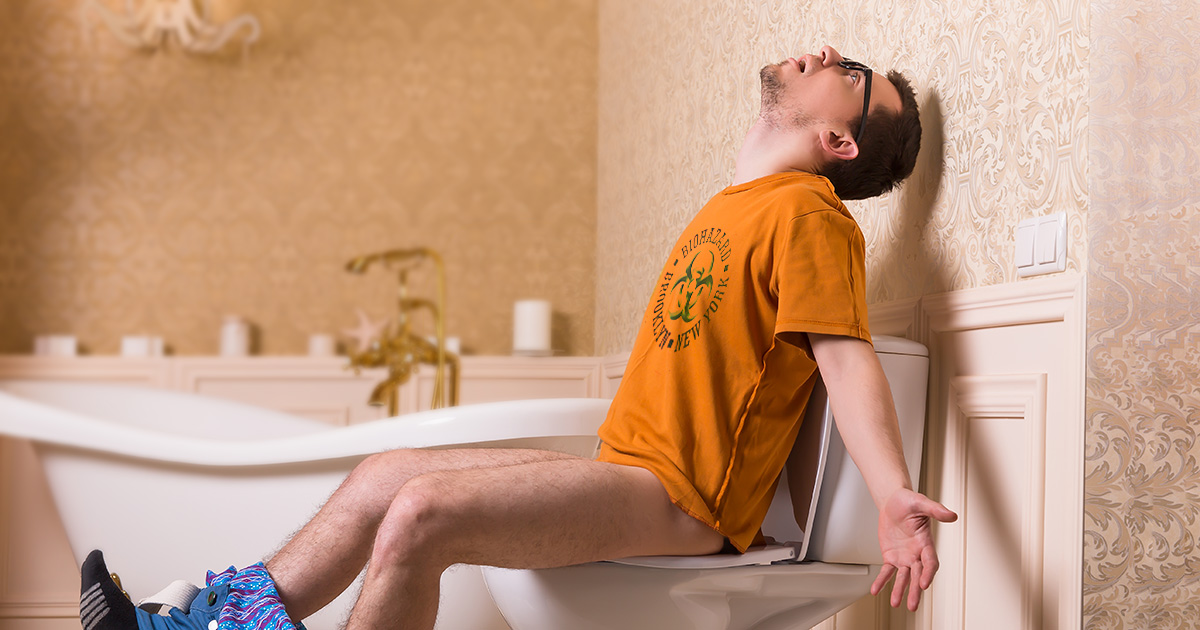 MISSOULA, Mont. — Local man David Baker’s ever-growing rat tail has reached a length that “definitely soaks it in the toilet bowl when he sits down,” nauseated roommates confirmed.

“It’s already mid-thigh, almost knee-length,” Rosemary Mullins, one of Baker’s roommates and a bouncer at the Whole Foods Dumpster, said of the thin tendril of hair beginning at the nape of Baker’s neck. “I thought it was a quarantine thing — you know, with all the salons closed. But he still buzzes the rest of his hair, and the rat tail keeps crawling down his back. It’s bad enough being stuck here in the pandemic, but now my boyfriend won’t come over because he’s scared he’ll catch the Hantavirus from Dave’s hair.”

Baker claimed the rat tail began as a side-effect of quarantine boredom, one he kept forgetting to trim “because time felt super fucked up,” but has since become a source of pride.

“Maintaining this long, sleek ‘tail — I like to call it a Rat King tail — takes discipline and dedication. My judgy roommates don’t respect my right to wear my hair in whatever skeezy style I want,” Baker said. “We’re all doing whatever it takes to cope. For some people it’s Zoom calls with friends, or experimenting in the kitchen. For me, it’s grooming the 3-and-a-half-foot long shining rope of hair at the base of my neck… maybe sometimes braiding it and wrapping it up with a rubber band, and clearing out the bullshit that grows everywhere else on my scalp.”

Allison Metzger, an endangered hairstyles expert, was more concerned about the impact the pandemic could have on the health of Baker’s rat tail.

“Rat tails are naturally social creatures and not meant to live in isolation,” Metzger explained. “I strongly suggest [Baker] find one of the few remaining habitats where rat tails can thrive — like a dirt lot where preteens are jousting each other on mountain bikes, using taped-together soda or beer cans. Otherwise, the rat tail will start to exhibit signs of depression, such as stealing Gushers, hoarding stink bombs but never using them, or chewing holes in walls.”

At press time, Mullins had attempted to cut off Baker’s rat tail in his sleep, but her fingernails were too long to operate the scissors.