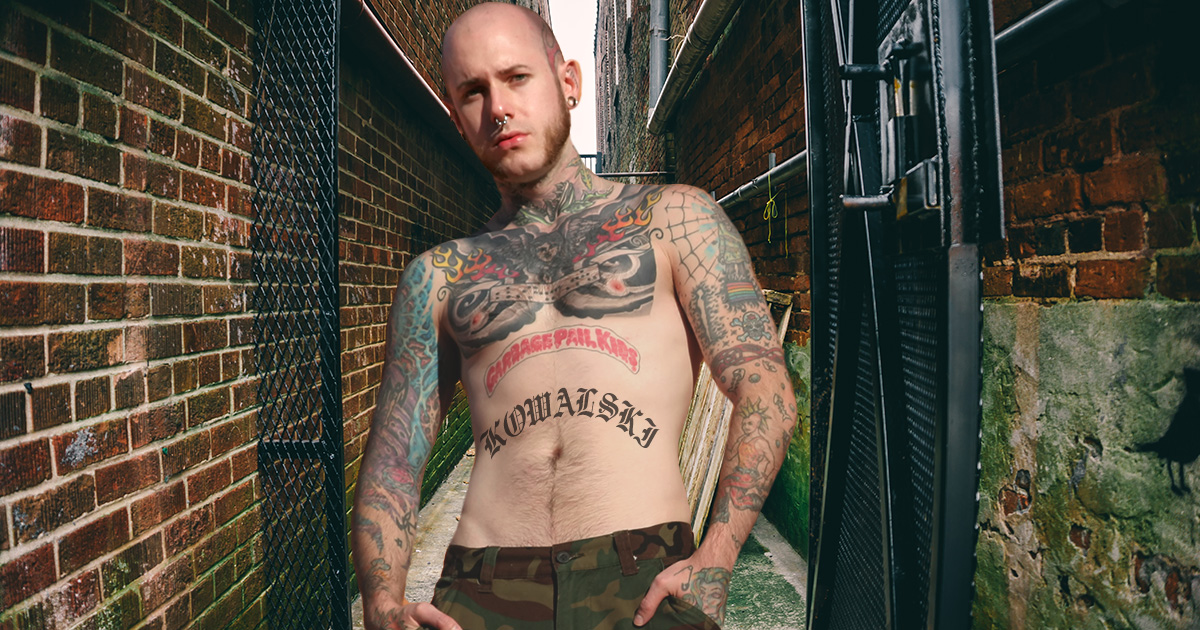 ASBURY PARK, N.J. — Scene legend known only as “Kowalski” has informed multiple local bars and government entities that the only form of ID he needs and has is his family’s name tattooed across his stomach.

“Way I look at it, when we’re born all we have is our name. All that bullshit with driver’s licenses and social security cards is just a way for the government to keep tabs on you and how much Busch Lite you buy,“ said Kowalski. “When I ask people who the fuck they think they’re dealing with, I’m not flashing my social security card, which I burned by the way. Nah, I’m gonna stand there bare chested and that convenience store clerk will know that I am KOWALSKI and that I want Pall Malls.”

Local bars endured Kowalski’s preferred method of identifying himself to a degree, but some establishments’ patience has worn out.

“Yes, the famous ‘Kowalski.’ He’s been kicked out of every bar in town, usually before he can even get inside the door. He’s on some high horse about living off the grid, and I mean good for him, but no one is getting past me without some kind of evidence they exist in this country,“ said bouncer Dave McQueen. “I mean, if he’d just tattooed his birthday onto himself as well I’m sure he’d be let into at least a few places. The other day I saw him begging teenagers to go into the liquor store to buy beer for him.”

Local police have arrested Kowalski on numerous occasions, but have yet to charge him with anything due to his true identity being a mystery.

“The guy is an enigma. He just showed up in town a few years ago with what we can only assume is his name on his stomach, because he refuses to tell us anything; not even where he grew up or his favorite color, which are the first and second questions we ask everyone,“ said officer Will Stumps. “We pick him up at least once a week for being drunk and disorderly, but we can’t charge the guy if we have no idea who he is, let alone what street he lives on or whether he’s an organ honor. I have to hand it to him, he found a way to beat the system, whoever he is.”

As of press time, Kowalski admitted that he also tattooed his blood type onto his ass in the event he is stabbed repeatedly.