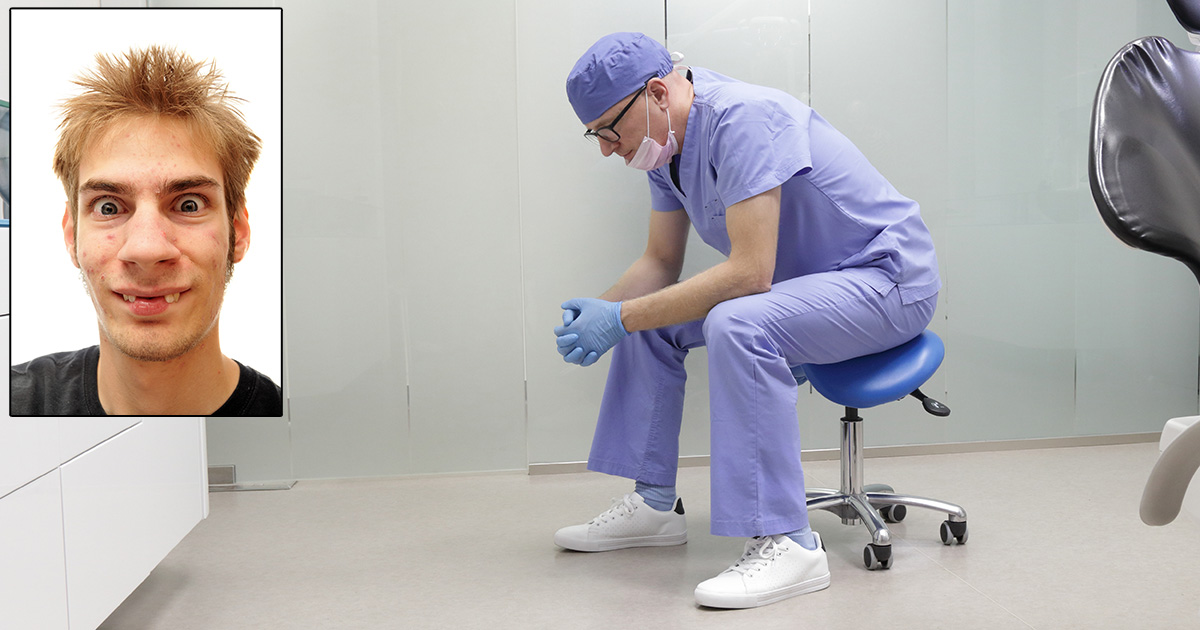 “I’ve seen millions of teeth over my thirty-year career, but nothing prepared me for the horror I witnessed that day,” stated a still visibly shaken Dr. Dunaway. “When that young man finally came back to see us after his last visit five years ago, he kept referring to this one ‘good’ tooth, but all I saw was unimaginable rot and decay that was so vile it took years off of my life. It’s easily the worst thing I’ve ever seen in my life. I volunteer at the local zoo where I’ve done dental surgery on all sorts of animals from possums to jackals, but his tooth still keeps me up at night.”

When hearing how his dentist described the state of his oral health, Thompson wanted to set the record straight.

“There’s nothing wrong with that tooth. Sure, some of the other surrounding it may be past their ‘best before’ dates, but this front one is still perfectly fine, so maybe the dentist needs a new pair of glasses or something,” said Thompson as he was wiping a greenish pus from the tooth. “I bet he’s pissy that I haven’t come in for an appointment in a while and he just wants to shame me for not flossing. I have more important things to do with my time, I can’t be changed to a sink brushing my days away like a mindless drone.”
Renowned physician on punk healthcare Dr. Roberta Bellagia, described how this subset of society often see their health through rose-colored glasses.

“It’s not unusual for people living the punk lifestyle to see their own health in distorted ways as a coping mechanism for their wretched existence,” explained Dr. Bellagia. “By pretending a problem isn’t as bad as it is, they’re telling themselves that they don’t have to try to fix anything when in reality they should be doing everything conceivably possible to immediately change every aspect of their lives before it’s too late. Either that or they’re just way too fucking drunk and high all the time to give a shit about their bodies or if they die.”

At press time, Thompson was seen watching online videos to help diagnose a prolonged stabbing pain emanating from his one “good” kidney.