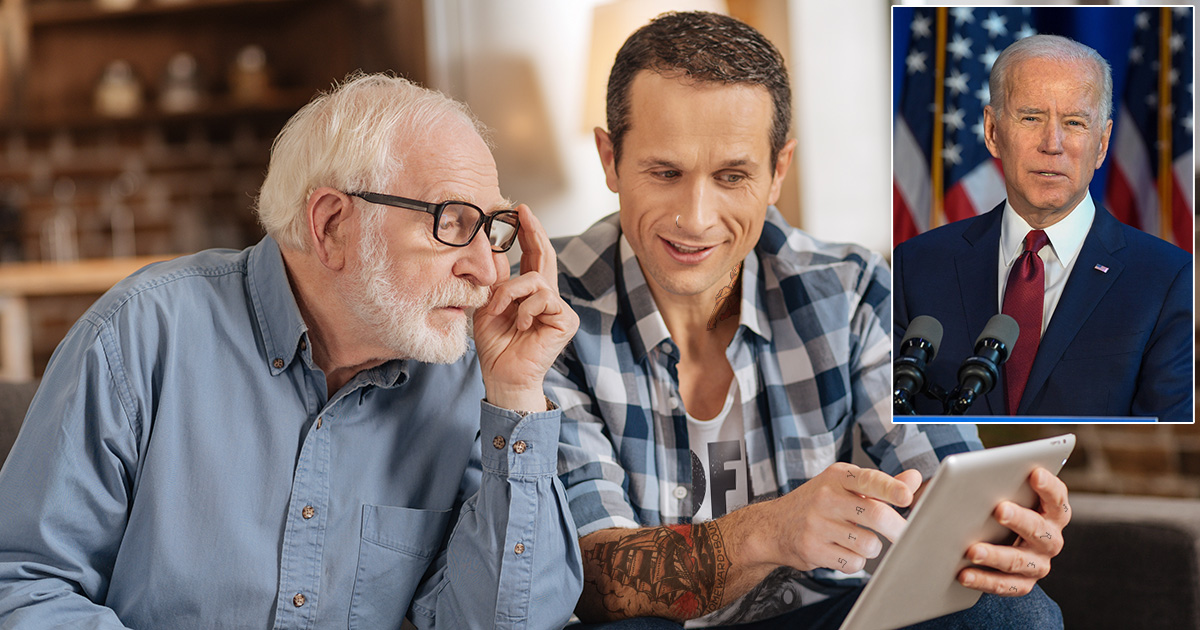 LANCASTER, Penn. — Local punk Jason Harris was disappointed that he is unable to bond with his father over their shared hatred of Joe Biden due to their diametrically opposed views they hold regarding the state of politics, confirmed several sources close to the father and son.

“When I heard my dad trashing Joe Biden I thought I might’ve finally found some common ground with the old man,” said the far-left Harris. “That piece of garbage hasn’t canceled student debt, he still sells arms to Saudi Arabia, and he licks the boots of cops so hard that his tongue is jet black. But my dad’s reasons for hating Joe Biden make no sense to me. Instead of shitting on the old dotard, I spent the entire conversation defending Joe Biden against weird accusations of coprophagia and explaining that he didn’t kill Princess Diana. What a waste of time!”

When asked for comment Jason’s father Josh Harris couldn’t believe how ignorant his son was about what made President Biden truly evil.

“I did some research and found out that he wakes up in the morning, eats several baby kidneys, and then changes the gas sign at the local gas station,” said the elder Harris who spends upwards of nine hours a day on Facebook. “I saw a video of him doing all these things on Telegram and my idiot son tried to convince me it was something called a ‘deep fake.’ The only faker around here is the lizard man Joe Biden! Have you seen the way his eyes shift between human and lizard? Pretty suspicious. It’s obvious to me it’s part of his communist plot to make us drive electric cars and reduce the nourishing gases that are released from our car’s exhaust pipes. Truly scary stuff.”

Family counselor Paul Mocarski thinks that if he truly wants to connect with his father, Jason should try to focus on the things they love, not hate.

“Hate just brings out the worst of us and isn’t a healthy way for people to bond,” explained Mocarski. “Find something innocuous to connect over. Why not play a nice game of cornhole or talk about the upcoming football season? If you constantly talk about politics and religion with your parents then you will eventually devolve into a Second Amendment argument and someone might end up getting shot in the foot, and nobody needs that.”

At press time, the father and son made some progress by agreeing that a Clinton personally killed Jeffrey Epstein, but vehemently disagreed about which one.