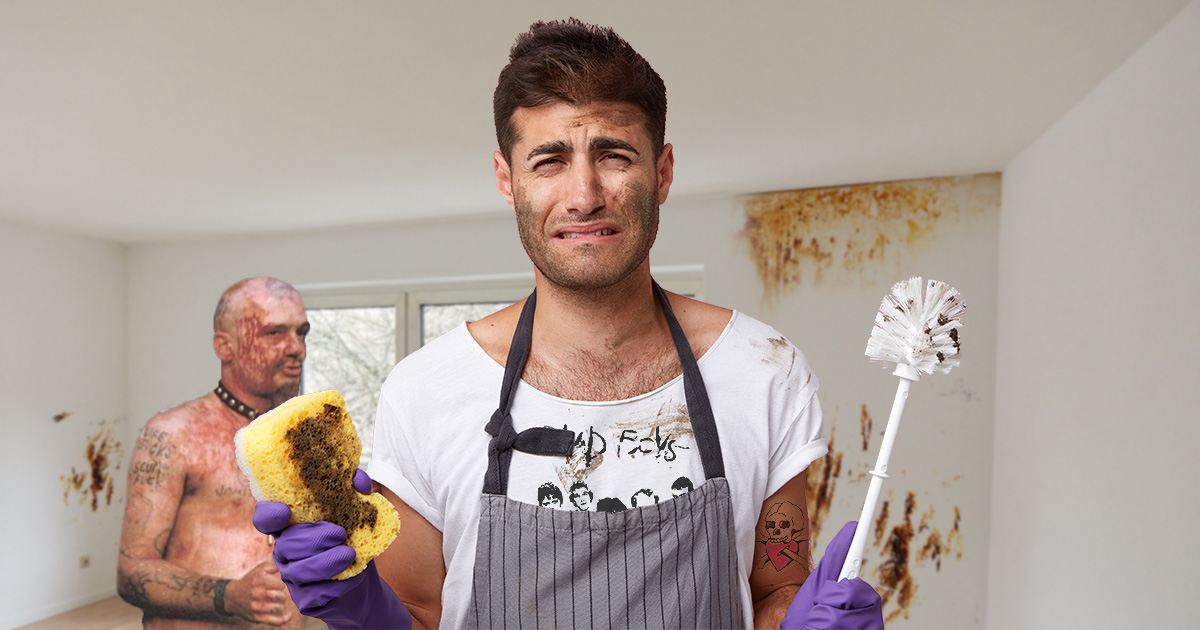 ASHEVILLE, N.C. — Local punk Adam Schultz is beginning to regret using one of his three wishes to bring infamous singer GG Allin back to life after spending yet another day cleaning the punk legend’s shit off his apartment walls, disgusted and scared sources confirmed.

“Ever since I found that genie, I feel like I’ve been cursed. You think it’s a good idea on paper, but then the guy is shooting heroin straight into his dick on your couch and trying to puke on your cat,” said Schultz while cleaning his sheets with bleach. “Every night it gets worse: he’s been spraying diarrhea around like he’s a human feces cannon and then trying to set my house on fire, and, even worse, he’s immortal. He’s overdosed and been declared dead several times, but the next day, he shows up again at my door, naked and covered in God-knows-what.”

Sources report Schultz’s anger is nothing compared to that of his housemates, who have also suffered from the return of the punk singer.

“I’m going to fucking kill Adam over this. I don’t know how he thought this was a good idea,” said roommate Kyle Heller while hiding one of the only unsoiled towels in the house. “We used to have a pretty nice place, and now we’re basically living in a crackhouse. I’ve lost count of how many stabbings there’ve been here since Allin showed up. If I walk in the kitchen one more time and see GG jerking off into our fridge, I’m going to lose my fucking mind.”

Necromancy experts report that raising the dead is one of the most common, and worst, mistakes anyone can make when making wishes.

“One of the things we tell people is that when you have the opportunity to bring someone back from the dead, it’s not going to be your idealized or nostalgic version: you’re getting that person back as they were at death,” explained local occultist Linda Lawrence. “I can’t stress enough that bringing a person back from the dead is like raising a child — the newly undead need constant care to adapt to a world they may not fully comprehend, and will likely start indulging in the same habits that killed them in the first place. Correcting this requires training and discipline. In this case, I’m not sure what this fucking idiot expected. It’s GG Allin.

In a last ditch effort to be rid of him, Schultz used his final wish to resurrect the dealer who sold Allin the heroin that killed him.