Punk Had No Idea How Difficult Hopping on a Train Is 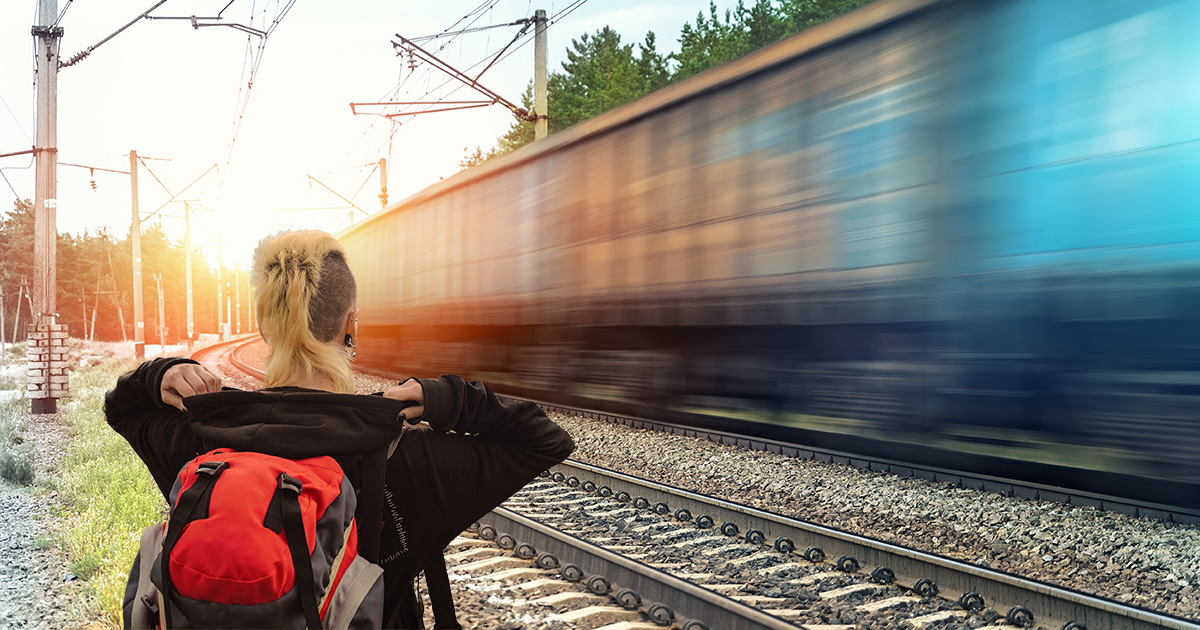 PORTLAND — Local punk and hopeful train hopper Marc Harcourt is still currently standing on a set of railroad tracks as he had no real idea how difficult it actually is to hop on a train, according to sources.

“I always had this idea that someday,” Harcourt said while nervously waiting on the outskirts of tracks at Portland’s Albina Yard. “I would just drop everything, hop on a passing train and just live life on the rails. You know, drinking corn whiskey out of a bag while I see America pass by, dodging the railyard bulls and being beholden to no one. But man, it is actually really, really scary to jump on a moving train. I’ve watched three trains pass by already and it is ridiculous that anyone does this. Like, how the fuck do I just ‘hop’ into an open door passing by 60 miles an hour? You could get really hurt, man.”

A veteran train hobo who refused to give any name but “Sleepy Joe” was used to seeing cases like Harcourt.

“Yeah, I see guys like that all the time,” Sleepy Joe said, preparing a can of beans to be cooked on a small fire. “Idiots listen to too much Tom Waits, get liquored up, then splat. Grease under Amtrak wheels. Listen, this isn’t the kind of thing you do because it’s easy, you do it because life on the rails is the sweetest plum, hear? But guys like that will never know, ‘cause they couldn’t mount a highball to save their skin. Now, even old-timers basically get massively injured every third or fourth train, so yeah. I get it.”

Dr. Martha Carter, a behavioural psychologist, felt that Harcourt’s difficulty was more conceptual than anything.

“Men like Mr. Harcourt love the idea of freedom, which is best represented by writers like Jack Kerouac and Charles Willeford as the sweet sight of the Mississippi River under starlight, disappearing as the tracks grow distant,” said Dr. Carter. “And it is an alluring thought to just board a passing train with, I don’t know, some chicken crates or something. I’ve often thought of it myself. But strong as the idea is, the sheer terror of trying to jump on two million pounds of moving, unforgiving steel machinery is stronger, so I recommend just popping two Ambien and downing a tall boy like everyone else and trying again tomorrow.”

As of press time, Harcourt was attempting to understand the physics behind hurling a bandana-wearing dog, banjo, and pack filled to the brim while running alongside a steam engine.