Punk Father Lets Underage Son Have One Huff of Glue 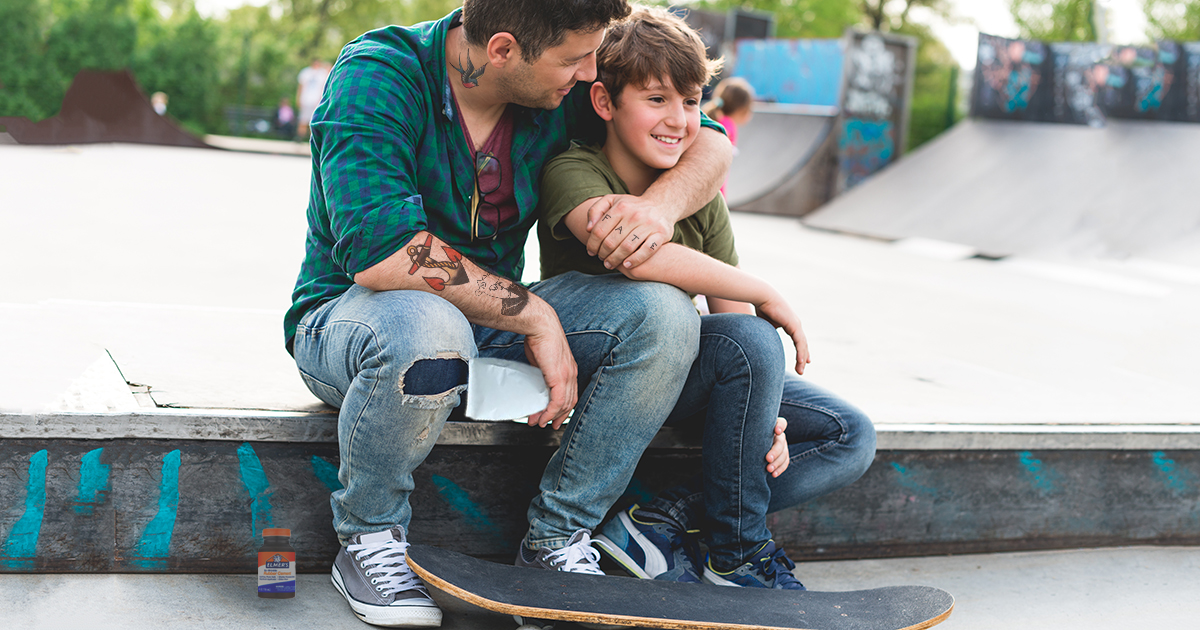 “My little Andy’s becoming a big boy now,” Semple said. “Ever since he was a kid, he’d go upstairs while I yelled at Most Metal Moments and fetch me a bag of Elmer’s… or some spot remover if it was a special occasion. I figured, after all this time, he’s old enough to share just one huff with his Pop-Pop. He’s got hair on his nuts.”

“Dad told me not to tell mom, but it was so cool!” Semple, Jr. said, despite a “mysterious” rash that developed on his face. “All my friends at school have already tried glue once, and now, I can show them I know what’s up, too. Just like them.”

After sharing the heartfelt moment with his son, the senior Semple reminisced on a similar experience in his childhood.

“I remember my father did the same thing with me,” he said, looking off towards the sky. “It was 1988, and my Daddy and I — bless his soul — had just seen Youth of Today. After the show, I saw a man with a triple X tattoo, and I asked my Daddy what it meant. He looked me in the eye and said, ‘Son, all of that straight edge stuff is gay. Here, breathe this.’”

“I took a huge whiff of whatever was in that bag, and I instantly knew that I’d vaguely remember this moment for the rest of my significantly shortened life,” he added.

Despite the father-son bonding, Semple, Jr.’s mother, Betty Garza, was unhappy to learn of the events that took place.

“My son is not old enough to be doing that. I mean, what if he became addicted? Or what if he died on his first sniff?” the concerned mother said. “And, God forbid, what if he accidentally tried to huff non-toxic in front of some older kids or something? God, he’d look like such a huge fuckin’ poser.”