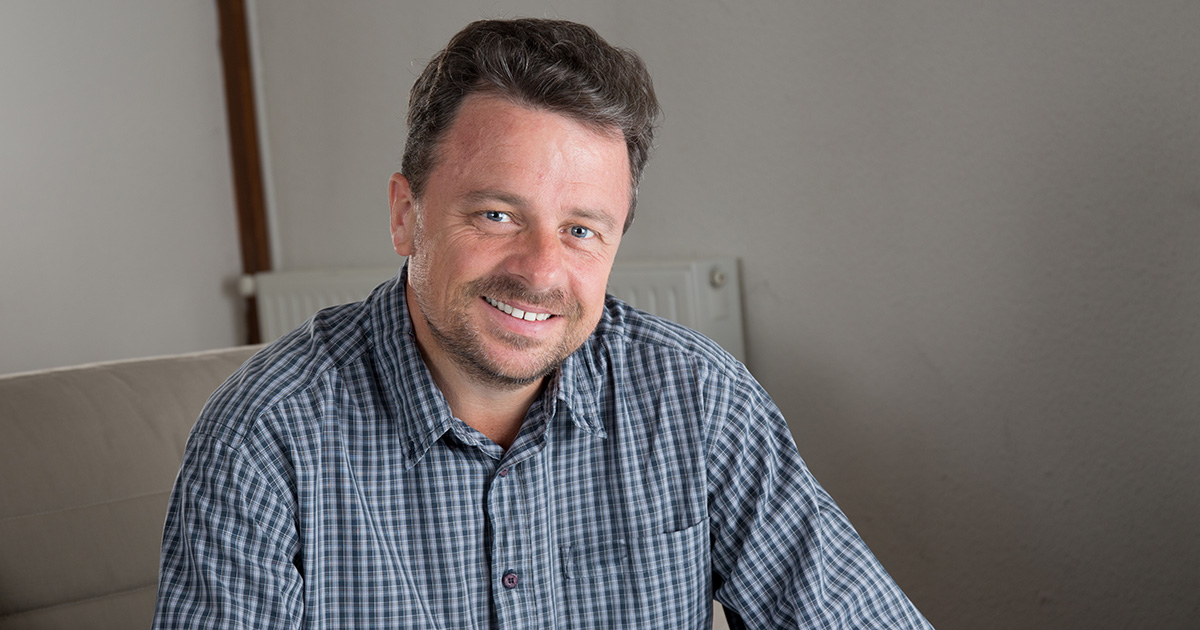 LAFAYETTE, La. — Local husband and father Harold Walsner insisted this morning that putting in a full eight hours of work each day at the office is a “pretty dang punk thing to do,” an embarrassed source reports.

“You know, I can be just as punk as my son Blake,” Walsner, a senior sales associate at a local plumbing supply company, said. “I can’t think of anything more ‘hardcore’ than running into the cubicle and slamming down the couple dozen accounting documents the boss was asking about. It’s kind of like a mini-slam dance arena in there, if you really think about it — just with more chairs and none of the music.”

Walsner used the questionable analogy while attempting to relate to his teenage son outside of “raging all day” at the office Monday through Thursday, and Fridays until noon.

“You should have seen him when his quarterly sales numbers came in,” the teenage Blake said. “He started headbanging to the acoustic version of Eric Clapton’s ‘Layla’ in front of my friends and kept threatening to ‘mosh’ us while we were hanging out in the garage. I don’t know what his problem is.”

In addition to working for a living, Walsner’s additional “savage” interests include saving for retirement, keeping up on mortgage payments, and taking two light beers “straight to the head” every evening. Despite constant dismissals that his lifestyle “sounds lame” and seems “boring as fuck,” Walsner remained undeterred in his stance.

“I’m just trying to make him see that you’ve got to be hard to do what I do,” Walsner said, slapping his bicep. “Just last week, I switched car insurance companies, and improved our rate while also getting better coverage. ‘Scene credit’ is fine, but you know what’s really cool? A personal credit score of 700 or higher. He’ll learn soon enough.”

When reached for further comment, Walsner had reportedly retreated into his walk-in closet to pick out a “radical” sock-and-tie combination for casual Friday.