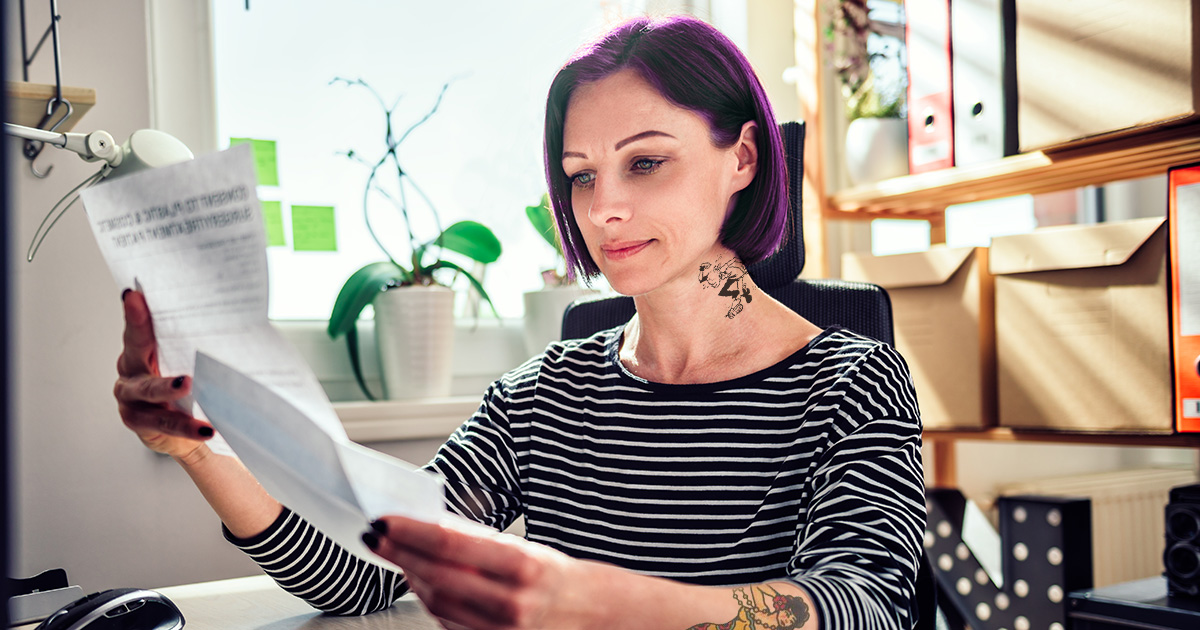 PHILADELPHIA — Local punk Dominique Martin was pleased to discover today that her total credit score was nine, believing this to be a good score based on the popular music review site Pitchfork despite the rating being out of a possible 850 points, exasperated sources trying to explain financial literacy confirm.

“I really thought that all those times I skipped out on leases, multiple maxed-out credit cards, and two bankruptcies would have hurt my credit, but seeing that both Equifax and Experian gave me a nine really made my day,” said Martin after her brother signed her up for Credit Karma. “Considering the average score on Pitchfork is like a seven, I must have some of the best credit in the country. The Cramps’ ‘Songs the Lord Taught Us’ only has an 8.7, and it’s a classic! I guess all those times I stole cigarettes instead of buying them really helped.”

Martin’s friends can’t even begin to understand what would make her think her credit score is desirable.

“She doesn’t even have a bank account, and I don’t know if prison affects your credit, but it couldn’t help,” said Martin’s on-again, off-again girlfriend Lynne Tucker. “Her parents had to co-sign for a used bicycle, every job she’s had is paid ‘under the table’ in cash, her utilities have been turned off for months, and she bathes in a Circle K bathroom. I bought her a cell phone once using cash, and somehow my own credit score dropped 50 points.”

Experian spokesperson Naomi Warren noted that misunderstandings like this happen all the time.

“Most people don’t really get credit scores,” Warren explained. “Musicians often think credit ratings top out at 10, while many baseball fans consider a 300 to be all-star worthy credit. However, I will say, for the punk rock community, a credit score of nine isn’t all that bad. Most punks hover around a two, with a lot of them in the negatives… which we didn’t even know was possible.”

After hearing her score, Martin reportedly plans to buy on credit a “sick-ass Moped” her buddy Blister is selling.