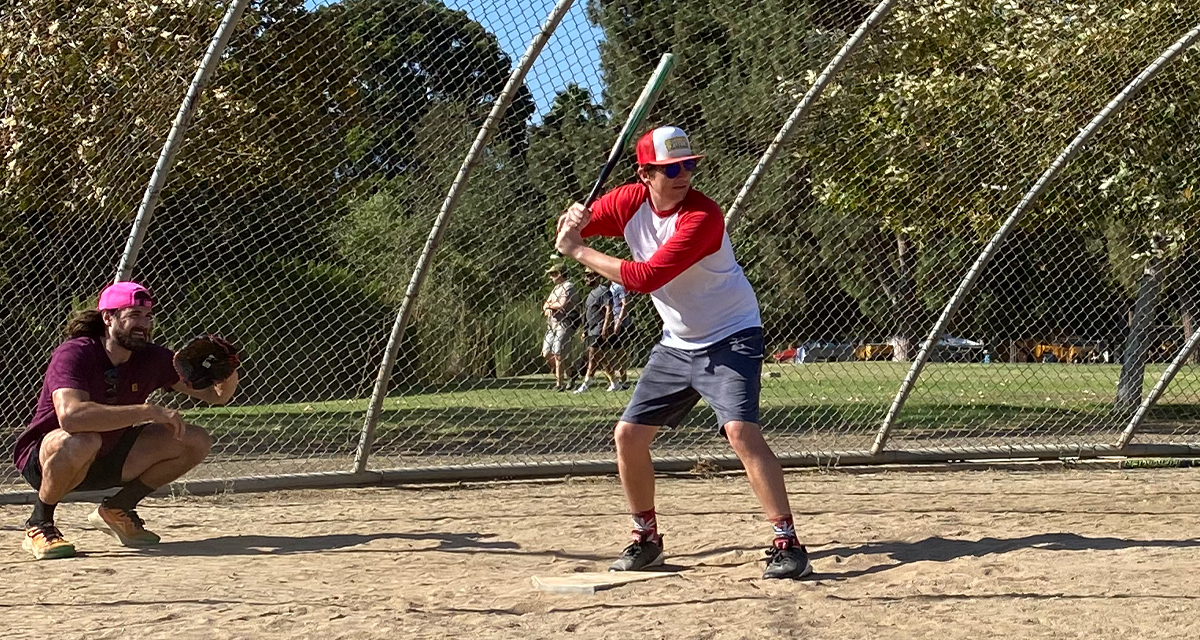 MEMPHIS, Tenn. — New Jersey-based punk, and massive acid enthusiast, Lionel “Tabby” Winnet is reportedly “confused but going with it” upon finding himself at bat during the ninth inning of an intramural softball game with the championship on the line, weirdly focused sources confirmed.

“Man, I have no idea how I got here. The last thing I remember was picking up a fresh ten-strip at Bunster’s house in Paramus, that was Monday. Next thing I know I’m sunburned, dehydrated, and wearing a softball uniform while some guy from accounts receivable is telling me to ‘choke up.’ It’s like, dude, I know how to hold a bat,” said Winnet as he nervously made his way to the plate. “I’ve learned it’s always better to lean into your trip and try to focus on the positives. Like the fact that we’ve got two men on base and only need one more run to win this thing. Fuck yeah! I’m putting this softball through someone’s fucking windshield.”

“I have no idea where this kid came from. I thought I saw him sleeping in a bush at the start of the game and now he’s batting cleanup and our entire season is riding on his shoulders,” said Guttier through a chaw full of Budweiser-soaked Skoal. “We played our balls off for the last six weeks to get to the playoffs just to have this ringer show up last minute. It’s like ‘Bad News Bears’ if that motorcycle kid they got to play kept muttering about government helicopters and wouldn’t stop trying to kiss everyone.”

Baseball historian and ayahuasca aficionado, Sam “He Who Bats With Two Long Ones” Jones, explained the connection between America’s pastime and copious narcotics consumption.

“Sometimes the ball is just bigger when you’re winning!” proclaimed Jones, eyes dilated to the point of shark pupil consistency. “Drugs have played a part in many notable moments in baseball history, from the game Doc Ellis pitched a no-hitter on acid to the time a coked-up Cal Ripkin Jr. crushed a batting helmet between his bare hands. That’s just baseball! If you aren’t playing fucked up then you aren’t really playing at all.”

At press time, Winnet attempted to pull a Babe Ruth by pointing to the outfield but became terrified when he believed his outstretched arm expanding so fast it was going to crash into the sun.