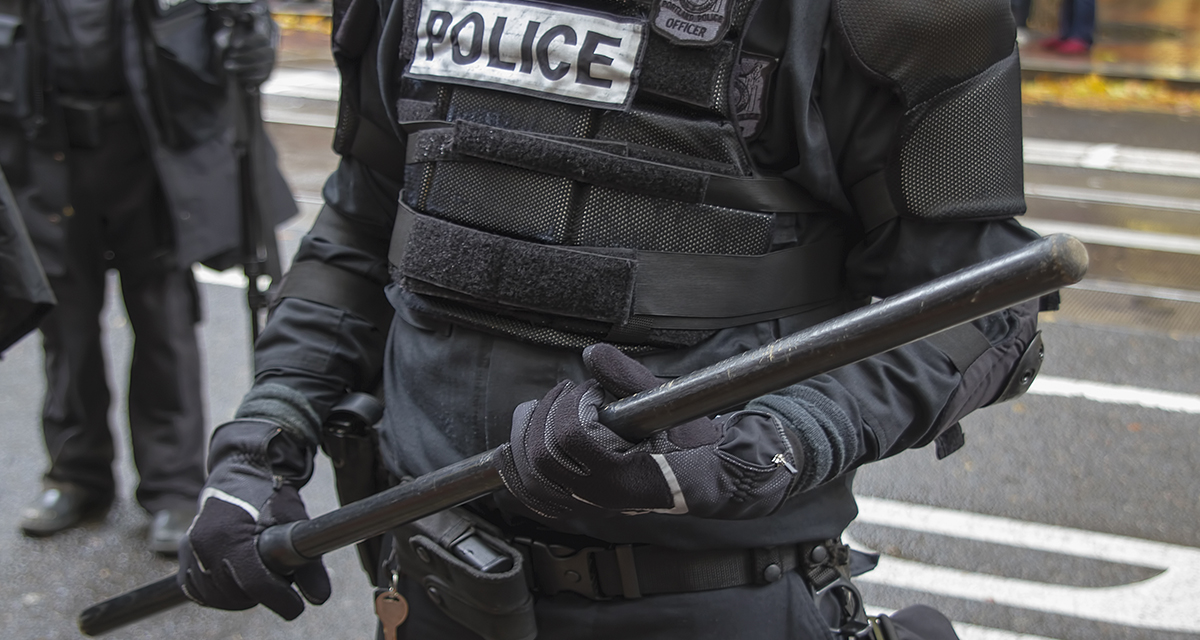 LOS ANGELES — A woman protesting the killings of Breonna Taylor and George Floyd died of natural causes moments after she attacked a police baton with her face, sources said.

“It’s sad that someone died, but she broke the law,” said local man Taylor Jacobsen, who observed part of the protest from his phone. “News flash genius: if you use any part of your body to hit a baton, shield, taser, even the bottom of a set of tires, that thing’s got a right to defend itself. The same people crying about being teargassed would call 9-1-1 in a heartbeat and beg for a team of teargas canisters to save them if they were being robbed.”

According to an LA County medical examiner’s report, the woman who died, Lela Glover, passed away as the result of “a pre-existing health condition after beating the living hell out of that baton,” and is described by her partner, Devin Weaver, as happy and peace-loving.

“She had a lot of experience fighting for good causes, which is why it’s so confusing to me that she would attack a police officer’s weapon like that,” said Weaver. “It just seems so out of character. I feel like there must be more to the story; if only the department would offer a statement so I could know what really happened, but every time I’ve tried to contact someone they threatened to arrest me for harassment and keep saying I will be ‘joining her soon if I don’t shut the fuck up.’”

Officer Keith Dixon was paired with the baton during what started as a peaceful protest before the violence against the peace officers’ weapons broke out.

“With everyone recording on their cellphones and taking these beatings completely out of context, there’s only so much I can do,” explained Officer Dixon. “Believe me, even though I wasn’t afraid for my life, it was the hardest thing in the world to just stand there while this maniac slammed her face into my baton over and over again. But it’s my job to protect and serve everyone; even the people constantly throwing themselves under police cars who just come to these protests to start trouble.”