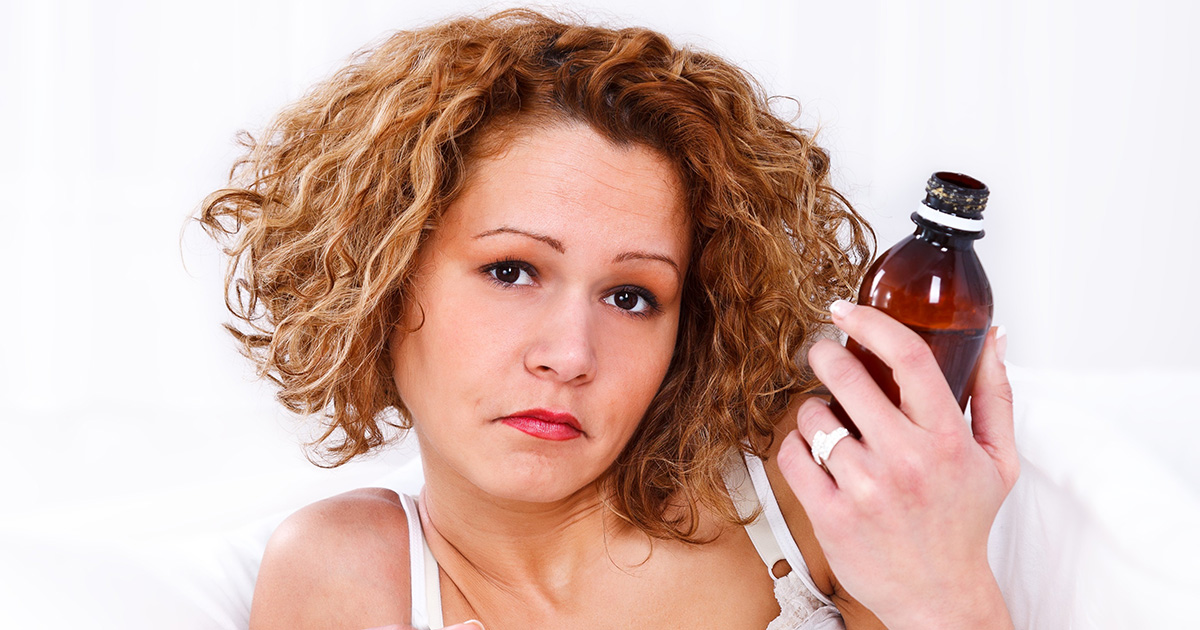 WHEELING, W.V. — Local woman and drug enthusiast Lindsey Cruz reportedly turned down the opportunity to trip balls for less than $4 last night, thanks to her disdain for the taste of Robitussin cough syrup, shocked sources confirmed.

“My regular plug found Jesus and stopped selling weed, so we had to come up with an alternative way to get high for cheap, and my friend Tracey mentioned that you could get pretty trippy on cough syrup,” said the high school dropout. “I always wanted to try sizurp, but did it have to be fucking Robitussin? That shit tastes like liquid ass, and I can barely keep down a teaspoon without gagging. I can’t believe I actually said this, but I told her I didn’t want to get high that badly.”

Indeed, best friend Tracey Lewis confirmed that Cruz, known for a willingness to try just about anything for a cheap high, rejected the offer to Robotrip.

“I was floored. I mean, this is Linz we’re talking about here — she once spent like, $60 on whipped cream just for the whip-its,” noted a flabbergasted Lewis. “I told her to just close her eyes and chug it and not think about the taste, but she refused. She kept asking if I had Dimetapp, or that pink prescription bubblegum stuff that comes with that little alligator spoon thing… but I told her I don’t think that’s how it works. So, she just went home.”

Executives for Robitussin released a statement indicating that the medicine’s history of abuse is a primary reason why they’ve not changed the flavor.

“As anyone who has even gotten bored and chugged a bottle of our product, Lord knows it’s a pretty awesome experience and one we do not condone,” indicated a sluggish spokesperson for the cough medicine who spoke on the condition of anonymity. “That’s why, unlike many other medicines, we’ve not done anything to change the barf-inducing taste of Robitussin. It’s our hope that persons with a potential to abuse it will recall childhood memories of fighting their parents tooth and nail to avoid it, and instead turn toward more traditional methods of getting high — like getting shitty drunk on rubbing alcohol, or just blowing Oxys.”

At press time, Cruz was spotted leaving a hobby store with two plastic bags filled with jars of an unknown product.