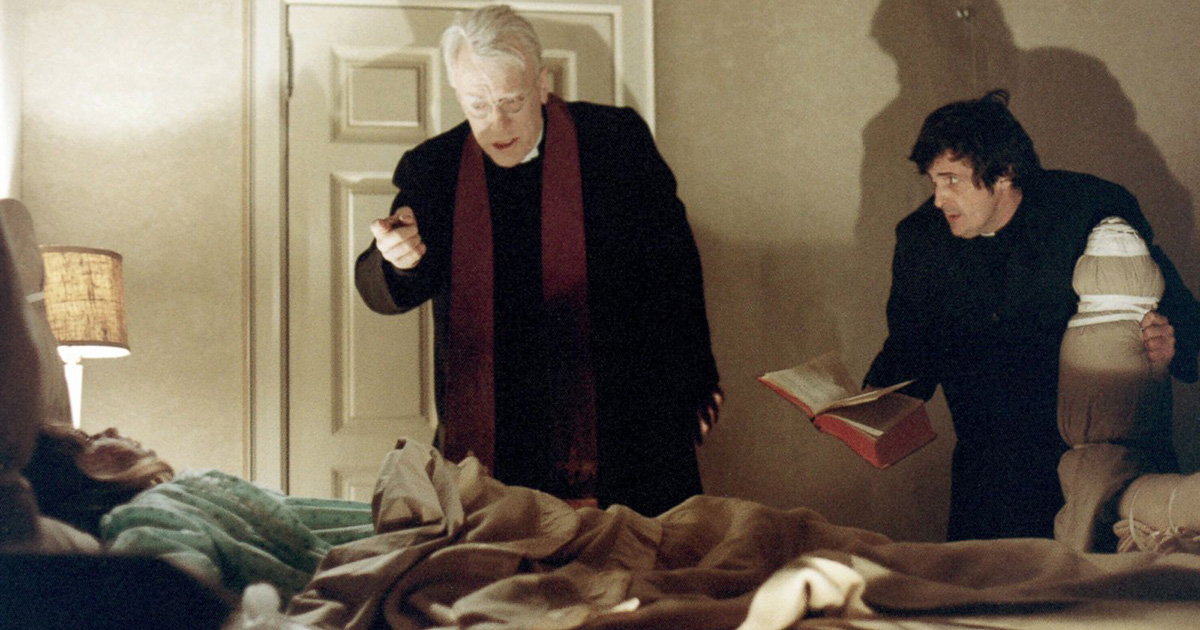 “I was hoping that my mother was doing well — she always pushed people away anytime they started to get close. So when that possessed little girl Regan growled that Mom was sucking cocks in hell, I was overjoyed. She’s getting in the afterlife what I could never give her on earth: cocks,” said Father Karras. “I’ll be honest, a ton of my time in the church has been spent being pretty critical of Hell, but hearing about all the available cock has really shaken my faith. I mean, if eternal damnation involves miles and miles of cocks ready for the suckin’, sign me up.”

“When Mary and I were teenagers, a dong to chug was rare; the young men of the era were rather prude. So I’m happy to hear she has finally found her cock sucking community. But admittedly, I’m a bit jealous,” said Crossley. “I’ve been a good Catholic my whole life, thinking I’d someday get my ‘eternal reward.’ Meanwhile, Mary is airtight every night in a sweltering, demonic suck-and-fuck fest. And I’ll be stuck spending infinity riding a cloud and playing harp with some chaste dork like Pat Boone or St. Thomas Aquinas.”

Despite this, the demon Pazuzu is hoping there is a bigger lesson learned beyond the mere presence of delicious, greasy pole.

“I’m pretty sick and tired of being the ‘bad guy.’ I show up, give some information on a family member’s cock sucking, and they still try to exorcise me. Possession is our only way to communicate about the cock sucking; it’s not like we get Verizon down here,” said Pazuzu. “And did you see the look on the face of the old priest when I brought up the cock sucking? That guy is not sex-positive. If you’re not down with sexual freedoms, that’s your own shit. We don’t do that patriarchy bullshit in my hell.”

At press time, Father Karras was seen heading out to complete all seven deadly sins to ensure his future place in hell.