Possibility of Mending Relationship With Parents Too Early to Call 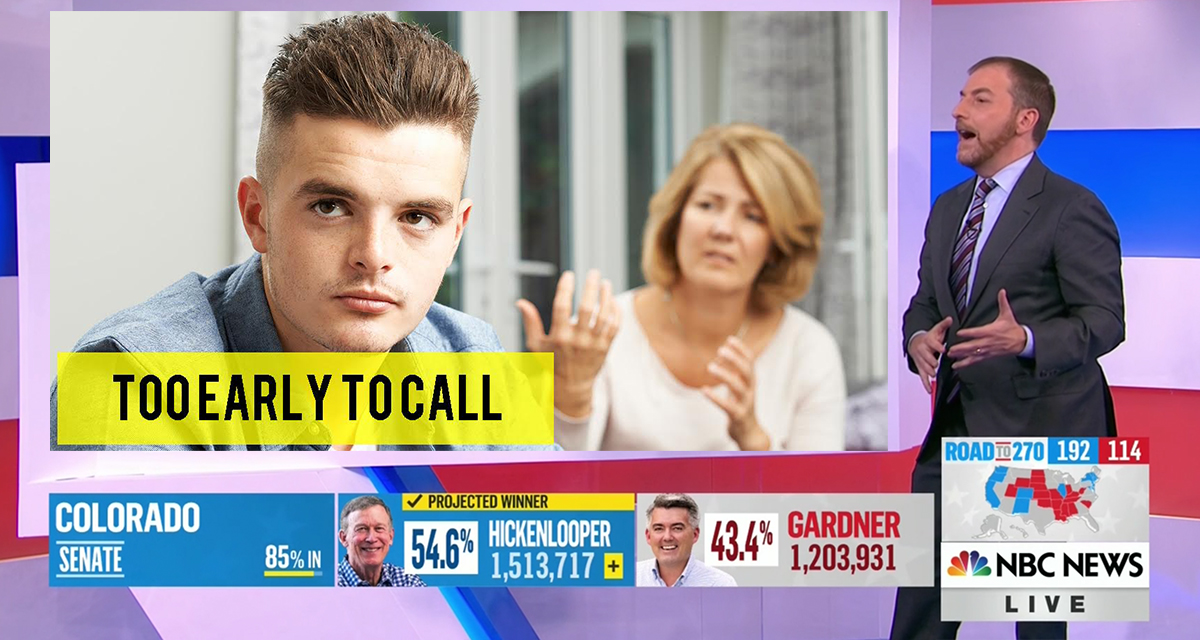 ABINGTON, Mass. — A local man’s chances of talking to his parents in a civil manner once again is too early to call as a neck and neck presidential race rounds into the late hours of the night, experts who also haven’t been able to maintain a relationship with their own parents confirmed.

“My parent’s cult-like obsession with Trump has really driven a wedge between us over the past few years. Last time I went home to visit my mom had covered my elementary school photos with a ‘Trump 2020’ flag and accused me of supporting pedophiles because I said I’d kill myself before voting for Trump,” said reluctant Biden supporter Patrick Sullivan. “I’m hoping Biden wins and they realize he is actually the right-wing candidate they have been hoping for and I can continue to advocate for more social change, but right now it’s not looking good.”

Sullivan’s father says he doesn’t want politics to get between him and his children.

“I love all my kids, but they need to get a clue as to how the real world works. Trump didn’t cause coronavirus, it was Obama’s immigration policy that allowed it to get over here,” said Artie Sullivan. “Sometimes I’m embarrassed by these kids, my oldest is 28 and still rents an apartment. When I was his age I already owned two homes, and this guy can’t even save $3,000 for a down payment even with his three jobs? It just makes me sick.”

Political pundits across the country say the chances of talking to parents again might not be possible for at least a few months.

“With mail-in votes being called into question and a potential Supreme Court fight to decide the president you might as well just make Thanksgiving plans with friends only and just go ahead and call Christmas a loss as well,” said media analyst Christa Cooper. “If Biden wins and the pandemic gets under control by summer 2021 then maybe you will be able to use your parent’s pool without issue, but this could continue to stretch until one of them gets a terminal disease.”

At press time, CNN projected parents across the country will be cutting their children out of their wills until they receive a full apology.