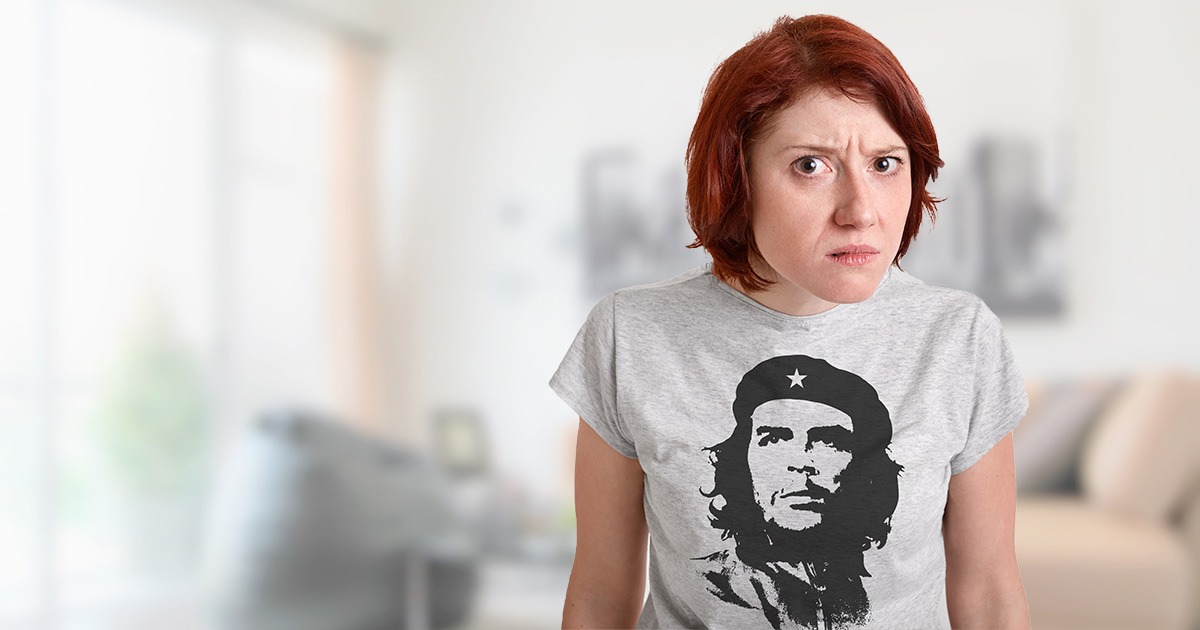 OBERLIN, Ohio — Supposed radical leftist Kristen Dermitt revealed herself to be a total poser today, wearing a Che Guevara T-shirt despite not being able to name any of his songs, disgusted sources confirmed.

“I pride myself on being a true believer in the revolution and a gatekeeper against mindless western capitalism,” said Oberlin student Wesley Wallace. “That’s why when I saw this normie wearing a Che T-shirt, I knew I had to call her out — she couldn’t even name some of his bigger hits like ‘Bulls on Parade.’ Fucking poser.”

However, Dermitt pushed back hard against the “poser” narrative.

“Look, I realize I may not be as big a fan of Che as some would like me to be, but that’s not why I wear this shirt,” said Dermitt. “What is important is that I know what this shirt stands for: without Che, there’s no way we could’ve won the battle of Los Angeles. He’s just a total fucking renegade like that.”

“Clearly, Che Guevera is not Zack de la Rocha, the frontman for Rage Against The Machine,” said Katzinberger. “Though, both have both been on tour in a sense, but in different ways: Zack toured to millions of screaming fans while spreading messages against western capitalism and exploitation through his music. Che, meanwhile, toured the Cuban countryside as he attempted to liberate people from what he viewed as invasive western capitalism and exploitation using bullets. Similar, except in all of the ways they’re different.”

At press time, Dermitt was getting called out by her girlfriend for wearing a Rolling Stones “tongue” T-shirt while still being opposed to going down on her for longer than 20 seconds.