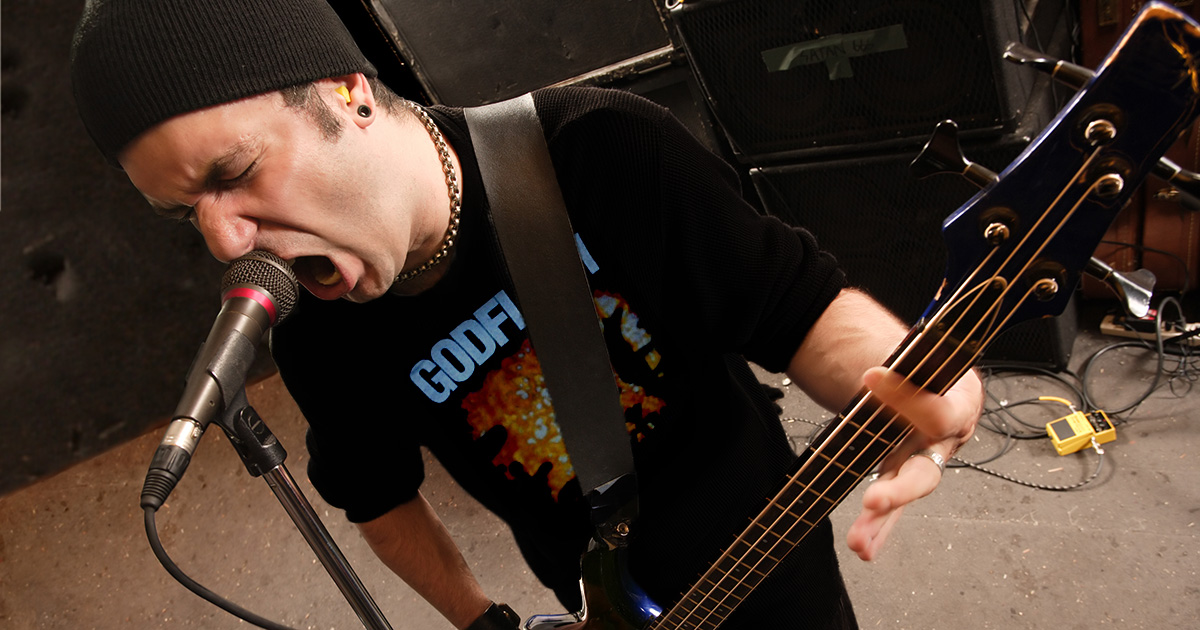 DENVER — Attendees of a local pop-punk show last night reported The Only Wish bass player Robert White’s Godflesh shirt suggested he’d much rather be playing a different genre of music.

“That shirt just seemed out of place in a room where most people were wearing Knuckle Puck hoodies — I’m positive nobody here ever heard of Godflesh, let alone heard them. I personally can’t listen to a band without clean vocals,” said scene veteran Alex Ungerman. “But it got really weird when mid-song he started stomping around the stage, glaring at the crowd and doing this weird crabwalk. It’s fine, I guess, but it didn’t really fit with a song about not getting invited to the prom.”

“He wasn’t wearing a tank top, which was the first red flag — usually pop-punk bands are all tank tops, all the time. And I knew he wasn’t like the other guys when he actually gave me a firm handshake: in all my years of booking pop-punk, not a single one ever had a good handshake,” said McBride. “But I had to stop him when he tried to roll his Ampeg SVT stack in here. This venue couldn’t handle something that size — we’d blow a fuse or start a fire and kill everyone. The idea didn’t seem to phase him at all.”

Band members agree, however, that while White may seem out of place, his dedication The Only Wish is sound.

“This guy is a lifelong soldier in the battle to defend pop-punk. Plus, we had trouble finding a bass player and he answered our Guitar Center ad,” said frontman Daniel Fox. “Sure, he’s not real talkative with the rest of us, never hangs out after practice, and doesn’t say goodbye when he leaves… but most of the time, he shows up for the shows. And he uses all our drink tickets, and taught our drummer something called a ‘blast beat.’ That seems pretty dedicated to me.”

At press time, White was unavailable for comment, as he refused to roll down his minivan window or turn down the Magrudergrind album he had on full volume.