Police Officer Shoots Toddler Who Got His Nose 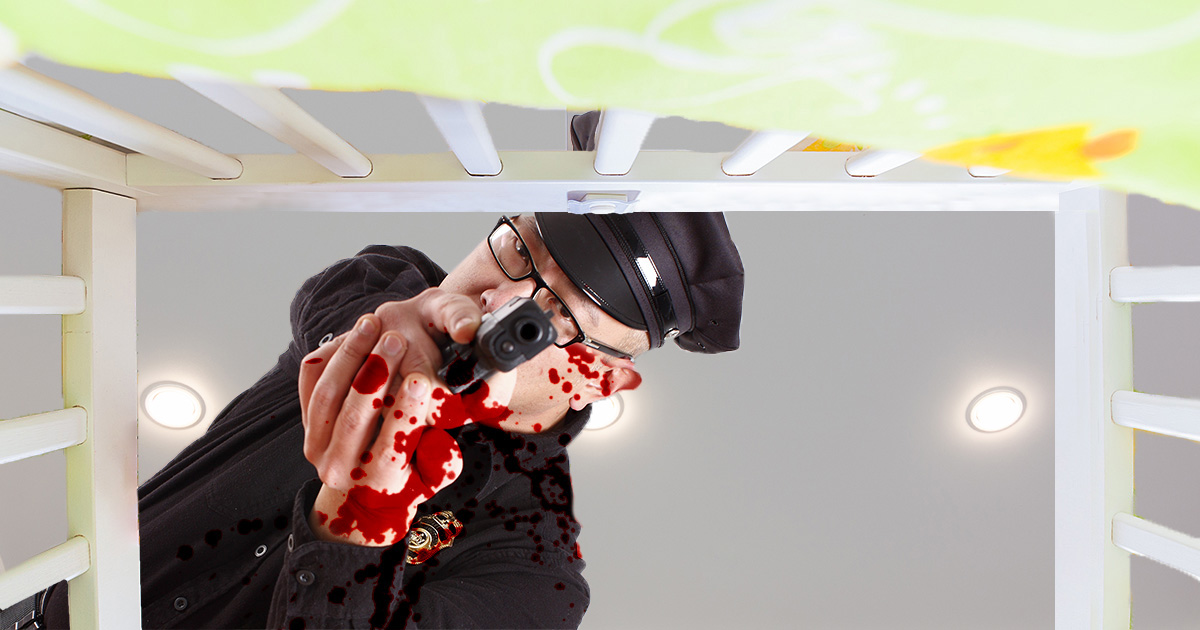 CHICAGO — Chicago Police Sgt. Connor Ring is on paid administrative leave after he shot a toddler in the face for “getting his nose” at a child’s birthday party this past weekend.

“Let’s just call it what it is. Sgt. Ring acted in self-defense,” said Chicago Police Superintendent David Brown. “You might call it ‘getting his nose,’ but to me, and to the uniformed officers of the Chicago P.D., what that child did was attempt to assault Sgt. Ring, who took measures to prevent the situation from escalating further. We only have seconds to assess whether someone is a real threat, and I believe that in the case of this baby, Ring made the right decision.”

“Ring has a stellar track record of de-escalating difficult situations such as this one,” Brown added. “Last month he properly restrained a little league umpire after Ring’s son struck out, only breaking three of the umpire’s ribs. Clearly he understands when too far is too far.”

The slain toddler’s mother, Jamie Torres, does not share the Chicago P.D.’s position.

“Sgt. Ring stands over six feet tall, and he deemed my three year old a threat. He’s had object permanence for far longer than my child,” said Torres. “Because he couldn’t understand my son hadn’t really taken his nose, he screamed at him to ‘drop the nose’ and ‘put his hands where he can see them’ before he opened fire two seconds later.”

In the aftermath of the shooting, Chicago residents are divided over the P.D.’s actions.

“We’ve taken the Blue Lives Matter flag off of our porch,” said local dad and birthday party host Tim Jacobiski. “I know our officers have the hardest job in the world, but the kid hadn’t even learned to read yet. How was he supposed to know what to expect from an officer of the law? What Ring did was shameful. We will not be inviting him to any more functions at our house… for the next couple of months, at least.”

So far, Ring has received $37,500 and counting from a GoFundMe aimed at covering his legal fees.