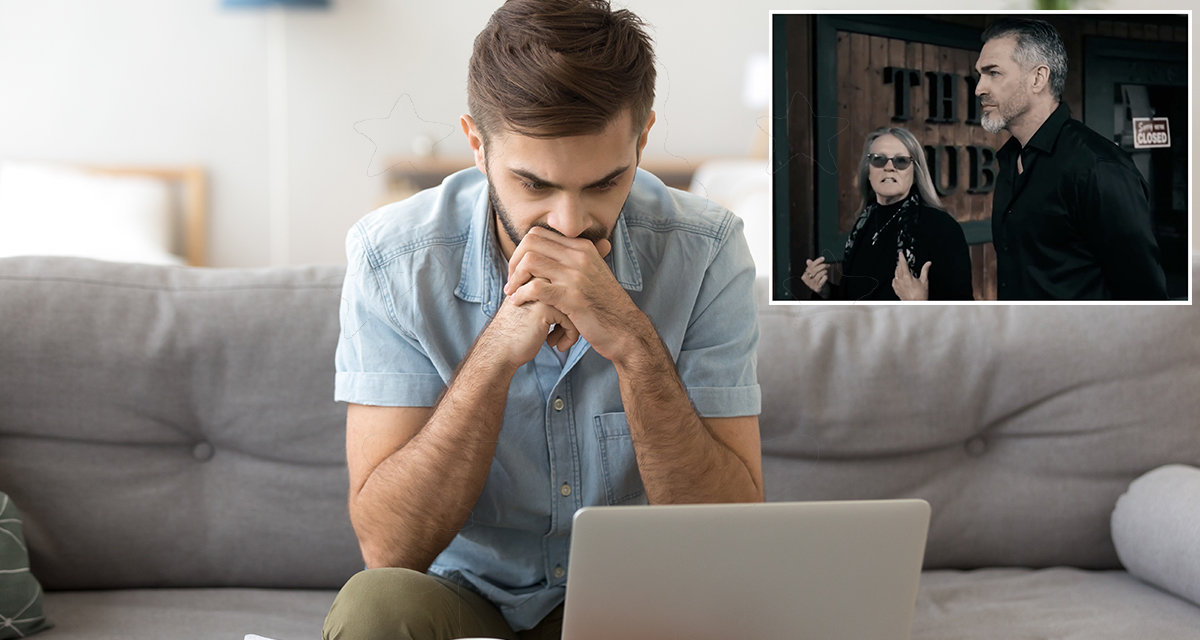 WASHINGTON — The new viral bombshell “Plandemic” has revealed a simple, shocking truth: that all of your friends are dribbling, incognizant fucking morons who are no better equipped to make informed decisions than the rocks they call pets, you confirmed after a marathon session of unfollowing everyone who shared the video.

“A lot of my friends started listening to Joe Rogan a few years back, and it sent them down a path of ‘freethinking’ — but most of their new beliefs were easily debunked conspiracy theories from websites selling dick pills,” you said dejectedly. “My friends sharing this video with absolute certainty are the same ones who used to shit in plastic bags and have ‘poo balloon’ fights every Fourth of July. Somehow, I never knew the same guy who got expelled from high school for shooting a potato gun at the principal’s car also became an epidemiologist overnight.”

“The worst part is, they think I’m the dumb one… and that I’m brainwashed simply because I don’t get my news from discredited scientists,” you added.

Despite the overwhelming body of evidence that every last one of your friends who shared “Plandemic” with a caption like, “u need too see this,” is an incompetent, pants-pissing imbecile barely hanging on to their position at the top of the food chain, not everyone is convinced.

“I’m sorry if you’re too dumb to realize that COVID-19 can be cured by the healing microbes of the beach. I’ve been eating as much sand as I can get my hands on, and I’m healthy as fuck,” said Derek Schmidt, your Facebook friend currently under house arrest for punching a horse he claims ‘looked at him funny’ at a petting zoo. “I’ve been doing my own research, and I’ve seen a lot of memes that show Dr. Fauci created AIDS to use vaccines to start a new world order. Everyone needs to wake up before it’s too late.”

An anonymous Pentagon source confirmed the government’s clandestine role in concealing your friends’ complete and utter lack of higher brain function for so long.

“We did what we had to,” said the source. “The public just wasn’t ready to know how inconceivably moronic all your friends are. If you suddenly realized their vote counted the same as yours, you might end up jumping off a bridge. We did it for your protection. After ‘Loose Change’ we had to up our efforts, but ‘Plandemic’ has blown the whole thing apart.”

At press time, you were seen in your bathroom, splashing cold water on your face before calling your parents to let them know that everything they share on Facebook originates from right wing hate groups.