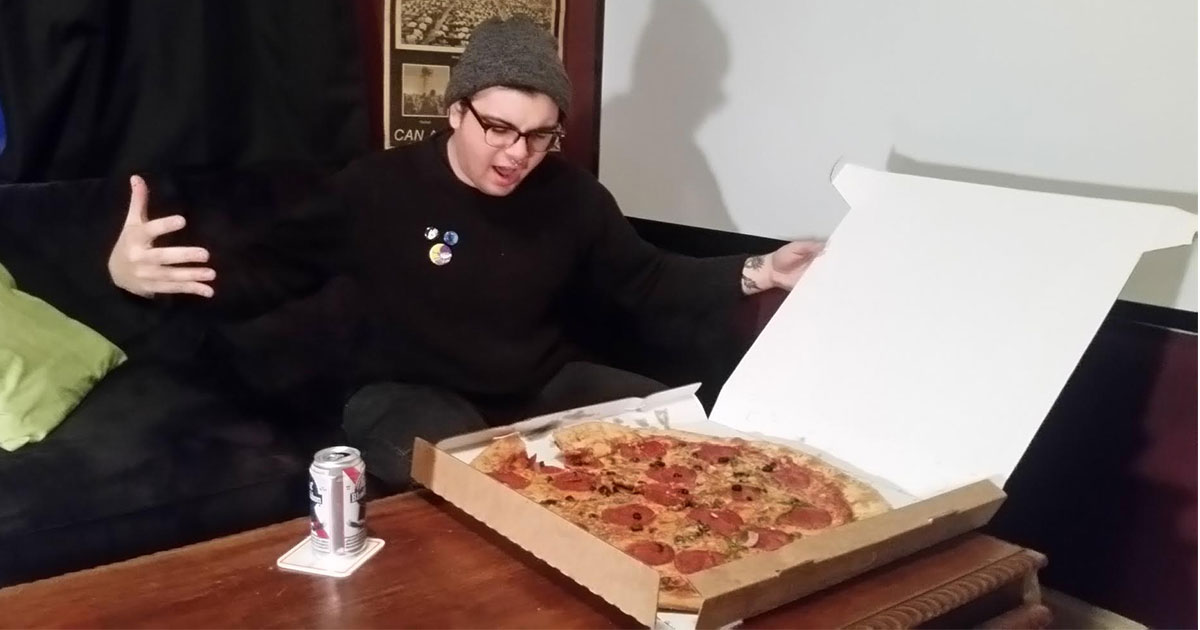 NEWARK, N.J. — Tensions hit an all-time high for a local friend group last night after they unboxed their pizza, revealing it had been completely ruined by the inclusion of olives, according to first-hand accounts from the would-be diners.

Mikey Wallace was reportedly the first to realize their pizza was completely plastered with the putrid black loops. Bystanders claim he let out a terrified shriek when he saw his dinner covered in hundreds of black olives, turning an otherwise-savory meal into what he described as “inedible slop, not suitable for the gutter.”

Despite the group-wide sense of defeat, they reportedly tried to pluck the olives off the pizza, hoping to salvage the hangout.

“I couldn’t believe it. They put on two layers of toppings; there’s even olives under the cheese! Double toppings usually rules, but double olives? Did Satan himself create this on a pizza slab from hell?” asked a dejected Martin Nasbe, who later described his experience plucking olives out of the scalding cheese as “both emotionally and literally burning.”

Moments after the friends agreed the pizza was poisonous, sources report hysteria took full effect, as the group immediately accused Danny Christiansen, the man entrusted with placing the order, of sabotaging their dinner.

“Why would I do that? Do I look like I like olives? I’m not a monster!” said Christiansen, who noted that Nasbe was in the bathroom for an unusually long time shortly after the order was placed and may have called to edit the order in an attempt to destroy everyone’s evening.

Early reports indicate that, despite attempts to diffuse the tension, the friendship is still in critical condition. “Marty told Danny I kissed his girlfriend in middle school, that fucking snitch!” said Wallace, who admitted to outing Nasbe as a “secret sipper” after hearing about Nasbe drinking champagne at his brother’s wedding last summer.

Sources living above friend group confirm the petty name-calling lasted upwards of 15 minutes. “The fighting sounded excessive, but then, you gotta remember how invasive those briny bastards are,” said the olive-disparaging neighbor, who requested anonymity. “They even make pepperoni taste bad, and pepperoni is so dope.”

At press time, Louie’s Pizza was attempting to call the friends to apologize for delivering the wrong pizza and offer them a coupon for any inconvenience caused.