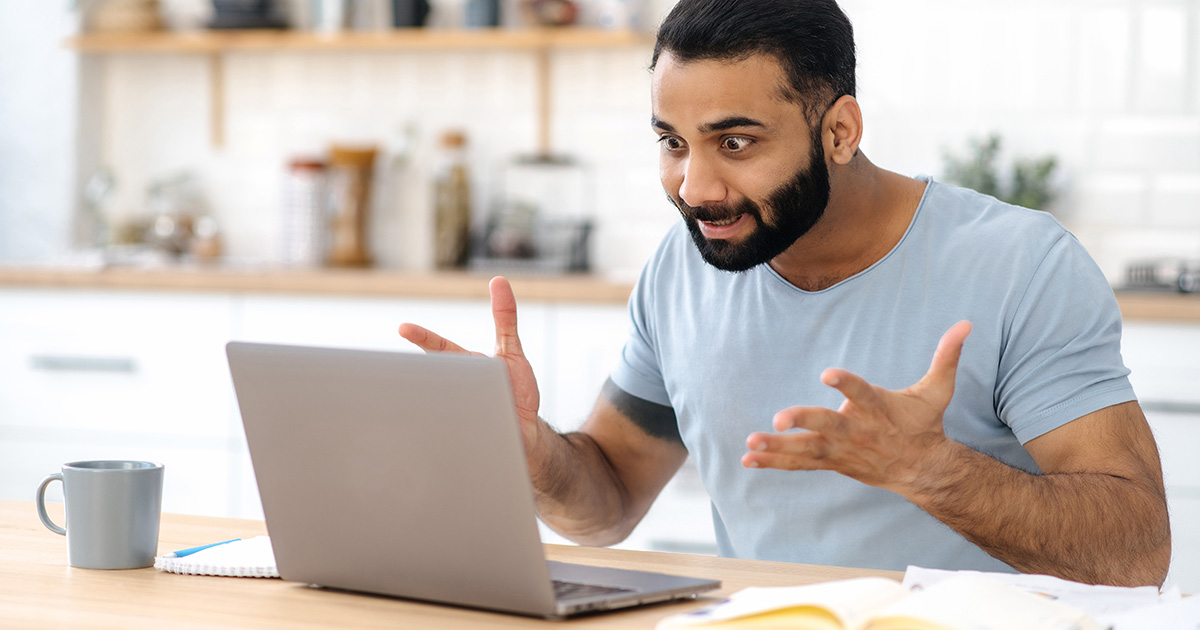 CUPERTINO, Calif. — Insurance claims adjuster Jason Parkinson became frustrated this morning over the unhelpful password recovery hint that he created, which only made retrieving it worse, sympathetic sources verified.

“I was trying to log into my bank account the other day,” Parkinson sighed. “I had forgotten the password, which I came up with maybe fourteen years ago. So I ended up asking for the hint, and all I set for the hint was…‘you know this.’ What the fuck?! Ever since then, I’ve been trying to connect the dots between that statement and whatever it was that I made for an eight-letter, one-symbol, one-capital key.”

“Jay’s pretty smart with recalling things most of the time, he remembered a song I was trying to find since 2009 when I was only able to somewhat hum the chorus. I guess he thought he’d never need this hint,” Davies explained. “Ever since this Achilles Heel was wounded we haven’t been the same — we’ve been checking out as ‘guest’ for almost every online purchase, and we abandoned our Roth IRA and have just started stashing cash in shoeboxes again.”

Data analyst Ben Vault notes that such boldness in setting hints for password recovery is commonplace.

“In this day and age, we have one, maybe two passwords for everything. If we forget them, we’re fucked, to put it lightly, so we have them hardwired. These hints are often unnecessary, so of course there’s the occasional ‘that thing you love’ or ‘I don’t need no goddamn hint!’ set by overconfident individuals,” Vault explained. “These cases, such as Parkinson’s, are caused by those that imagine themselves as rebels who can’t be kept in line by Big Password. However, with widespread usage of facial and fingerprint recognition, as well as human data-collecting at an all-time high, calamities like this one will become a thing of the past in no time.”

As of press time, Parkinson was seen accepting his fate with a groan and beginning the 27-step process of resetting his password.