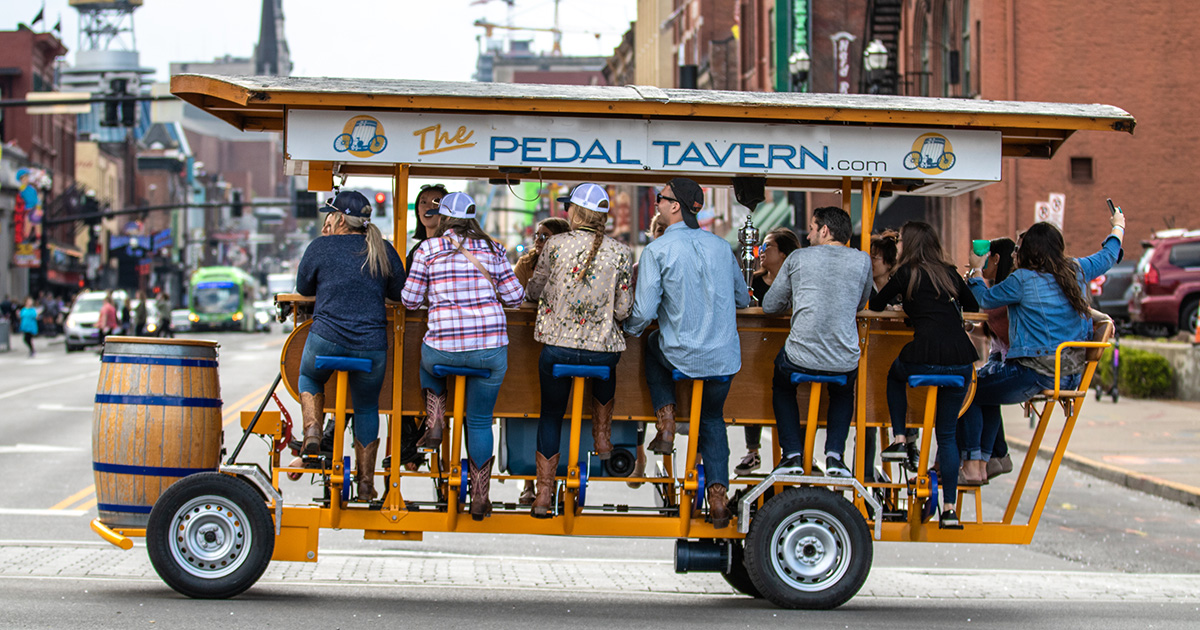 LOS ANGELES — Tensions remain high in downtown Los Angeles today after the discovery that a party bike was rigged to explode the moment its passengers stop being obnoxious pieces of shit, officials monitoring the crisis confirmed.

“I got this call from some guy being like, ‘If those beer-swilling attention freaks pedaling a road boat through L.A. traffic stop yelling, ‘Woo hoo!’ for more than 30 seconds, the bike will explode,” yelled party bike rider Donny Markstein, still peddling for four hours and counting. “Then he said if we stop drinking beers, get off the bike, or take off any of these bead necklaces with the shot glasses on ‘em, then the bike will explode, too. Whoo!”

Allegedly, in addition to the bomb’s annoyance sensor, the bike could explode if it either comes to a stop or goes above 12mph, and an additional sensor was added to ensure the bike must be obstructing some traffic at all times.

Passengers include a small bachelor party, a half-dozen tourists, and a woman who was just taking the party bike to work because her license is suspended.

“I am so fucking scared, dude. Whooo!” passenger Toby “Scoop” Reynolds told a reporter walking alongside the doomed party vessel taking up the full bike lane. “Don’t get me wrong, I’m having the time of my life chugging beer under blinky lights and annoying the shit out of everyone — I just wish my life didn’t depend on it!”

“Yeah! Woo hoo! Look at us everybody. I fucking love this song!” he added.

Police are working on a plan to replenish the party bike’s supply of Coors Light, which is running dangerously low.

“It’s not difficult to bring supplies to the trapped douchebags, since the fucking bike only goes like 8 mph,” said EMT Lydia Trouse. “The real challenge is the psychology involved: encouraging or enabling a party bike in any way goes against every social instinct of a healthy person. I’m just gonna pretend there’s a kitten on the party bike, and be in and out.”

The LAPD initially proposed rescue attempts, such as disarming the explosive or airlifting the passengers to safety, but have ultimately chose to “just let it play out naturally.”