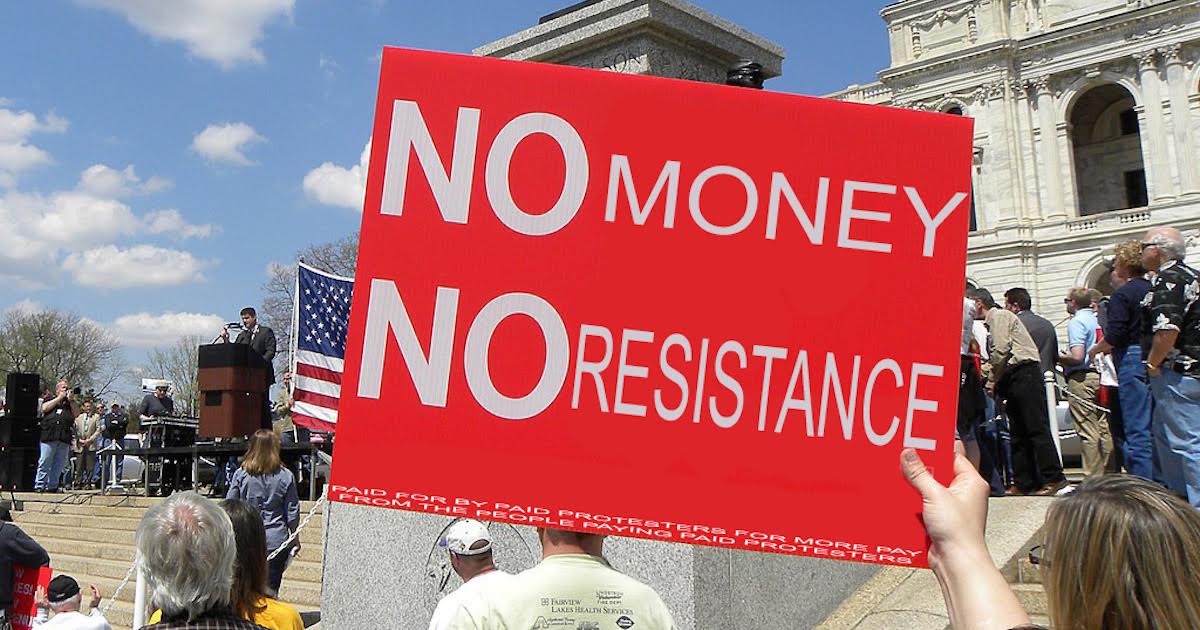 This marks the first time in the union’s nine-month history that they will strike.

“This strike is about respect,” said union president Seth Bridger. “Without us, who would be left to protest the President and his policies? Before we came along, no one said a word against the guy. In the last few months, I’ve been harassed, spit on, and hit with pepper spray — and that’s just when my wife sees how little money I’m making.”

Workers continued to protest up until the strike deadline at midnight last night. When their demands were not met, they turned their signs around, revealing slogans like “No Money, No Resistance,” and resumed marching.

“Until we unionized, protesting was a shabby and uncoordinated affair,” said longtime protester Shannon Cross. “One time, I was Roe in the morning and Wade after lunch… what an embarrassment that was. We get a lot more accomplished now than we did back then. I mean, sure: civil rights laws were passed and the Vietnam war ended, but who cares about that when you’re not making any money?”

Billionaire philanthropist George Soros, the sole funder of the protests, didn’t mince words in his response.

“We have other options. We could outsource our protesting to India: all you need is a giant, movable screen and a Skype connection. Their protests are always so well choreographed as it is,” said Soros. “It’s just a matter of time before we can release mechanical protesters — they don’t need food, water, or rest. They are, however, still very susceptible to firehoses.”

“I already gave in to my human chess pieces’ union,” Soros added. “I won’t be making that mistake again.”

Violence did occur earlier today between the union and scab protesters, but with some signs reading “Billionaires are Ruining the Country,” and others reading “Your Health Plan is a Joke,” witnesses could not tell who was on whose side.