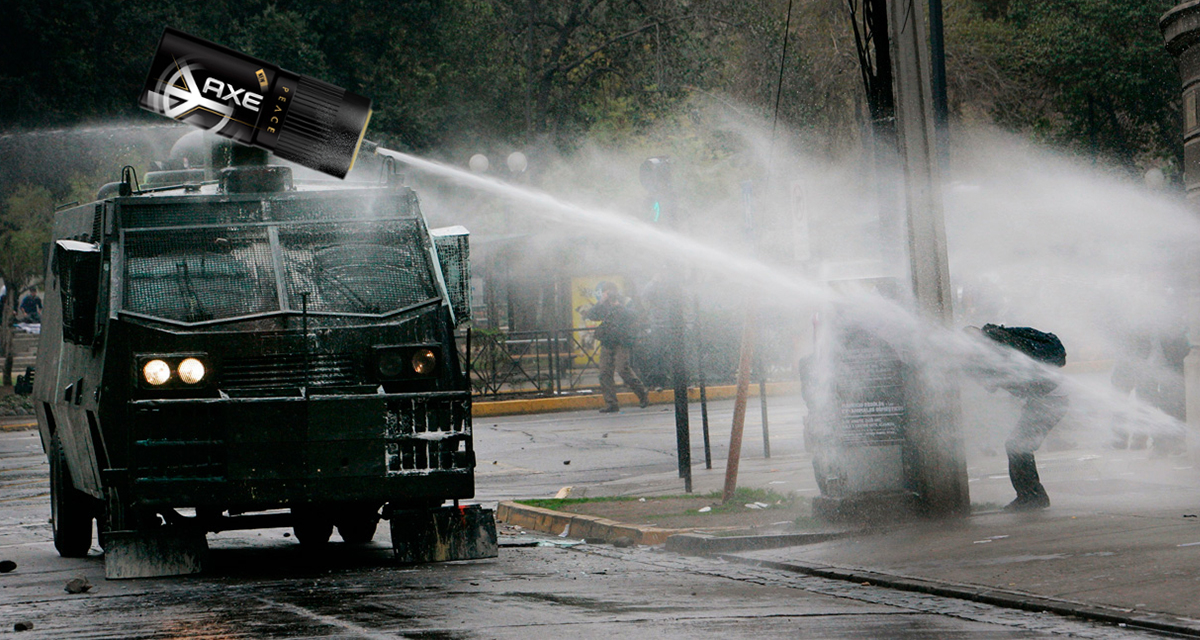 NEW YORK — New York Police Department officers deployed Axe Body Spray in order to disperse a group of crust punk protesters after what they called a “bio-chemical provocation,” sources desperately trying to get the smell out of their mouths confirmed.

“We treated several punks who were exposed to the men’s fragrance. Injuries varied based on the proximity to the blast,” said Doctor Caroline Corcoran. “Some of the protesters were even suffering side effects such as a sudden affinity toward plaid shorts, uncontrollable use of the word ‘bro’ and a strong craving for Coors Light.”

The violence erupted after nearly two hundred crust and anarcho-punks took to the streets to demonstrate against a recent city ordinance requiring all dogs to be properly vaccinated and identified.

“These dogs live on a steady diet of discarded street food and can often be found in crowded basements or garages where loud, horrible music is played,” said New York animal control officer Susan Branch. “For the safety of the animals and the residents of this great city, we need to properly identify and care for these animals. Simply writing the dogs name on a stained bandana just doesn’t cut it.”

One protester, who would only identify himself as “Nuggets,” claims that he was hit directly by the blast.

“We just wanted to stand up for the rights for our animals to remain anonymous. But now I reek like a frat house, bro,” said Nuggets. “If I wanted to smell like this all the time, I would have finished my marketing degree.”

Anna Wilson, 67, lives in the area and witnessed the crackdown.

“To be honest, I’m not sure which is worse: the body odor of these protesters or the spray. It’s like burning cheap potpourri in a sewer,” said Wilson. “I really hope it rains soon so this stink will stop hovering in the air.”

A law enforcement official, who spoke under the condition of anonymity, defended the use of the popular body spray in corralling the protesters.

“We have proven time and again we aren’t afraid of chemical warfare in situations like this; pepper spray and rubber bullets can’t penetrate the dreadlocks and Crass patches. We needed to make them smell like a lacrosse team to restore order,” said the unnamed police officer.