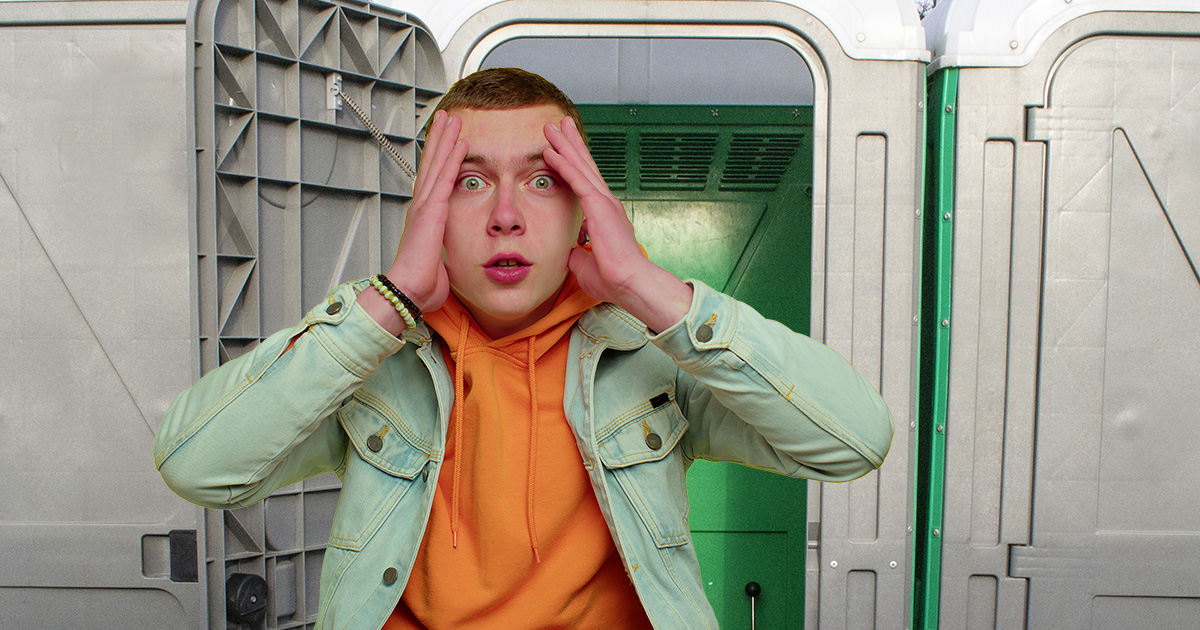 SAN FRANCISCO — Local man Dominick Campbell exited a port-o-potty he described as a “crime scene level disaster” and gave a wild-eyed expression to the next poor soul in line, confirmed multiple witnesses reconsidering their bathroom options.

“I served four years as an army medic overseas so I thought I had seen it all, but that blue booth of doom rocked me to my core,” said Campbell, while laying down next to the medical tent in hopes of recovering from what he saw. “I tried to warn the next woman in line, but when I opened my mouth nothing came out. I tried my best to communicate to her that peeing her pants was a safer and more hygienic option, but I couldn’t stick around any longer. I hope she made the right decision.”

Stephanie Clark, 23, a film major at UC Berkeley who attended the concert with her boyfriend, was the recipient of the ill-fated look.

“It was terrifying,” said Clark. “My boyfriend and I were standing in line and this guy comes out of the port-a-potty and it looked like he had seen a ghost, but like if the ghost was covered in shit and had no toilet paper. Something went down in there, something unnatural. I’m not sure if we’ll ever know because I was too scared to go in. When I close my eyes at night I still see the look that man gave me. It haunts my dreams, I just hope he’s ok.”

Leland Lawson, a groundskeeper at Golden Gate Park working the event, felt obligated to step into action after multiple reports of the port-o-potty traumatizing guests.

“There is often a culture of silence that surrounds public bathrooms at festivals,” said Lawson, raking up leaves and beer cans. “Most people exit the shitter and just look at the ground, too ashamed to look at another human. But even this was too much for the crowd. I took one look inside and knew I was up against something truly evil. I put some police tape around the toilet, said a silent prayer, and I plan on lighting it all on fire tonight and sending it back to hell.”

At press time, Campbell was seen hiding under his bed after noticing a port-a-potty left at a construction site across the street from his house.