NRA Calls New Zealand Hypocritical for Failing to Crack Down on Swords, Rings of Immense Power 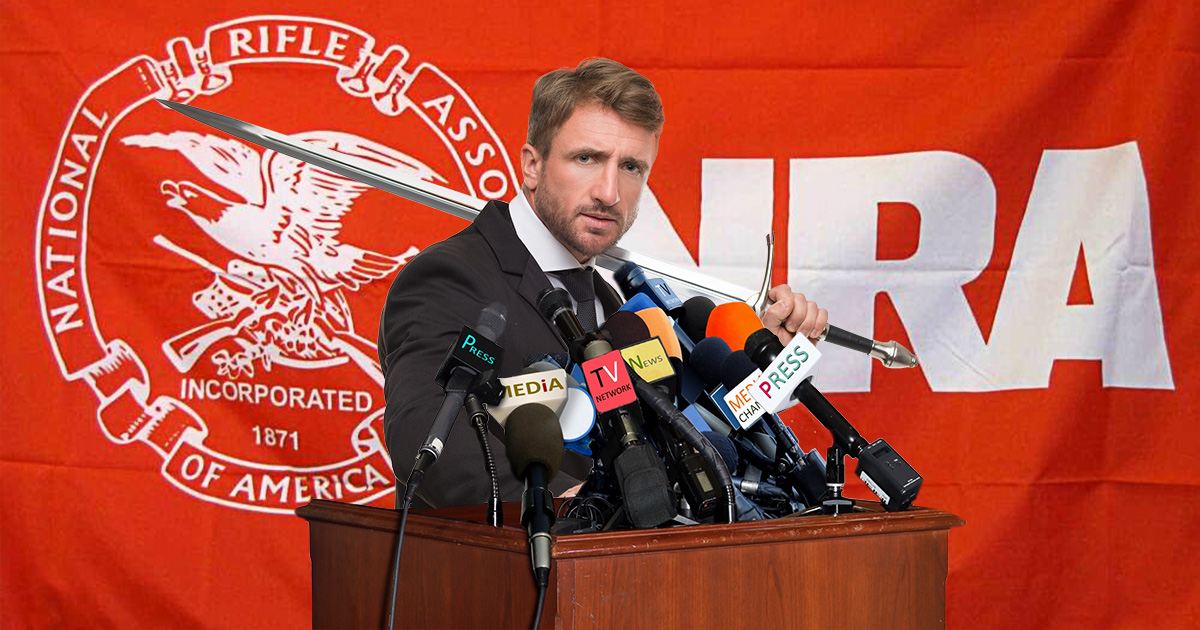 Following the massacre, New Zealand immediately banned military-style semi-automatic weapons — a move NRA spokesperson Dana Loesch considers “futile” in the face of larger threats like “evil jewelry that can corrupt the heart of man itself.”

“Do you know what the New Zealand government will tell you if you ask for statistics on deaths caused by swords and mythical artifacts?” asked Loesch via Twitter. “Or crime statistics from halfling or Elvish neighborhoods? They say, ‘We don’t have that information.’”

Indeed, a recent NRA video, the first of many to be produced by Wormtongue productions, featured select scenes from “Lord of the Rings” with footage of minority ANTIFA protestors set to messages like, “They are coming for you,” and, “This is the future liberals want.”

“I served under Bush, and son of Bush. I can tell you the Pentagon takes the possibility of magical attacks very seriously. We possess four of the nine rings of men — more than any nation — and we keep them under tight lock and key,” said Howard. “Only the President, the Vice President, select lobbyists, and Elon Musk are allowed to use them.”

Further, Howard claimed the current U.S. system should be a model to the rest of the world.

“Here in America, we have a lot of guns… but we haven’t had an incident of dark magic interfering with our government since Ronald Reagan’s re-animated corpse ran for president and won. And, frankly, even that worked out great,” said Howard. “To truly make a country safe, you must ensure the safety of every man and woman’s eternal soul first. The body is merely a vessel.”

Tom Bombadil was unavailable for comment at press time.