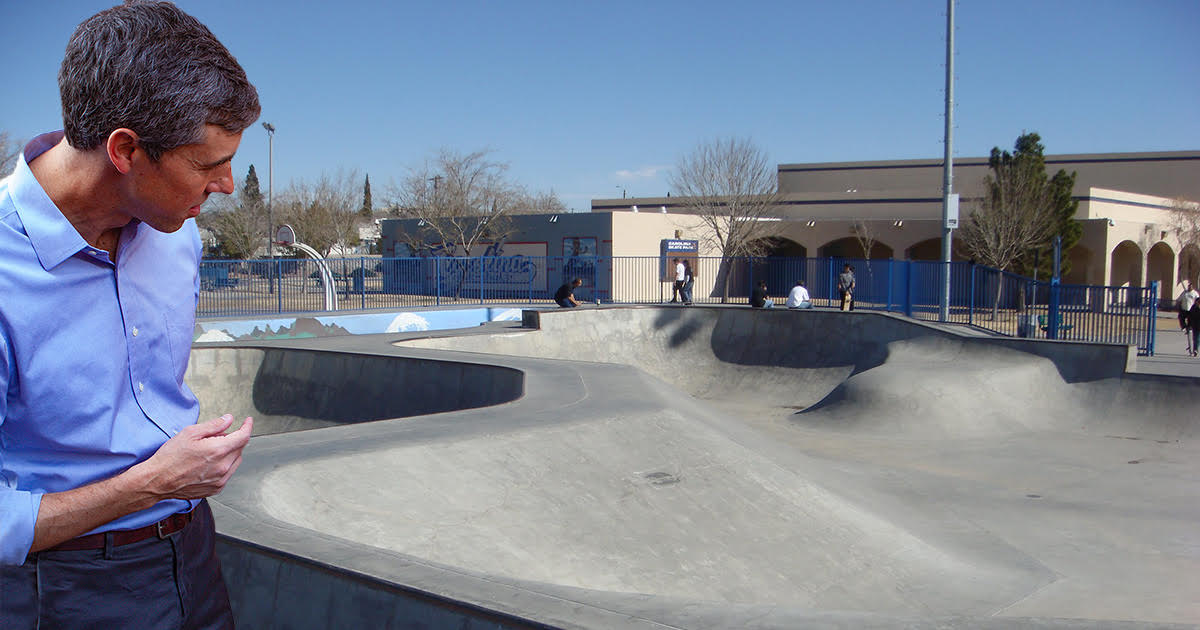 EL PASO, Texas — Former Congressman and presidential hopeful Beto O’Rourke paid a visit this week for a CBS News feature to his old hometown skatepark, reminiscing about where he was first told to, “Eat shit, poser!”

“El Paso is a rich community, and it inspired me to fight for my LGBT friends, my Latino friends, and my working class friends,” said O’Rourke while sitting on a bench directly in the way of a skateboarder who was attempting backside tailslides on the obstacle moments before. “But nowhere is closer to my heart than this skatepark: I remember coming here on warm summer days, putting on my helmet and wrist guards, and slowly pushing around the bottom of the bowl while other skaters yelled at me to ‘Fucking kill myself.’”

The city of El Paso has long recognized hometown son O’Rourke for his accomplishments in pretending to skate.

“You see some of these politicians come around, and you have to ask, is he even really a poser?” said resident Gabriel Ramirez, one of the first people to tell O’Rourke to “scram.” “But Beto, he’s been skating on Nash boards in the rain since way back. He’s consistent. You can count on him to beef an ollie today and make the same excuses he made decades ago.”

O’Rourke, who has been falling in the polls for months, desperately needs to pull in a new constituency if he hopes to stand a chance in caucuses and primary elections.

“No one has looked out at the electorate and really said, ‘Hey, you there — trying to kickflip in dress shoes — I see you,’” said noted FiveThirtyEight statistician Nate Silver. “With the demographic shift over the past 20 years, geeks who pretend to skate make up a big portion of the dead mall towns that could very well decide this election. There are a lot of voters now who have decks hanging on their walls and a cruiser board in their hallway who would love to sit down and comment on The Berrics Instagram videos with Beto.”

During the segment, O’Rourke attempted to drop in to the park’s bowl “for old time’s sake.” However, this plan was scrapped after he realized there was “something weird” with his trucks, casting doubt over whether he’d be able to get the work on his board done before the segment was scheduled to air on CBS this Sunday.