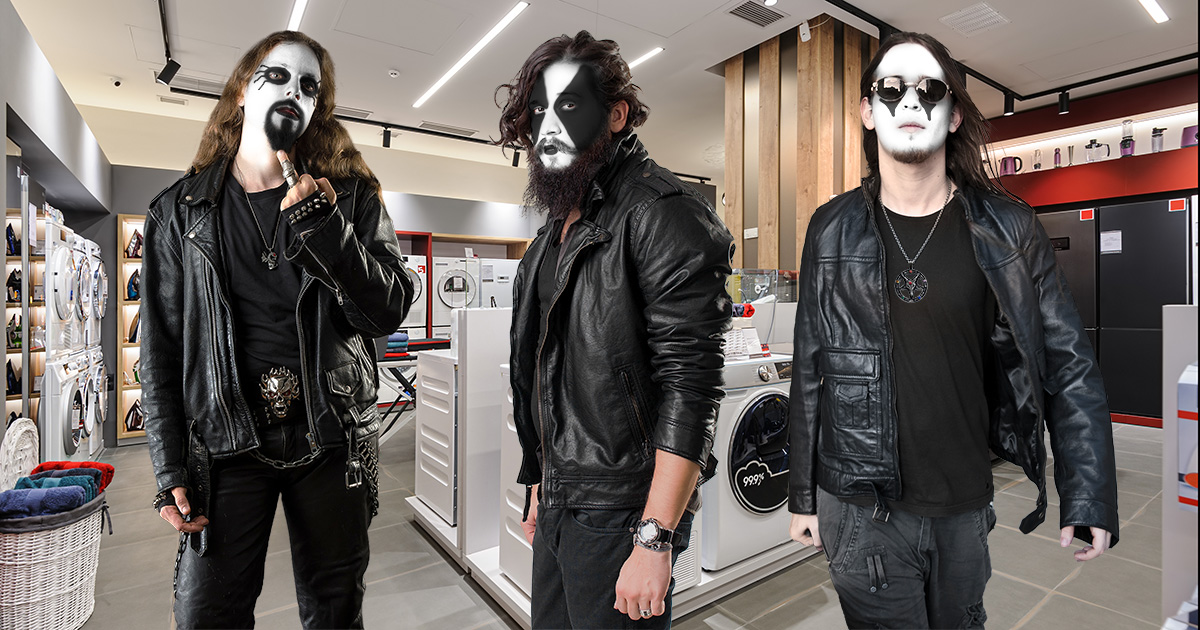 “We often celebrate the black end of weekdays in my homeland, a day to celebrate the suffering of black metallers that blazed the detritus before us,” said Guul, the band’s towering stoic frontman. “As we strayed deeper into the cacophonous stockpile of materialist insatiability, it became evident that this edifice shared no convictions with us. It was unmistakable that Emyn Arnen must make this abomination suffer.”

“15% off isn’t even that much on a small item, and then they have your electronic mail information forever. It’s a contract built on lies,” he added.

Shoppers watched a store employee sprint towards the band, as the four sleeveless men attempted to set fire to a pair of affordable pajamas with a single Zippo lighter.

“I rushed over and shouted in an attempt to stop them. I reassured them that there was no need to ‘seek revenge upon capitalist desecrations’ but they just kept ignoring me and calling me ‘’sheep scum,’” said shift leader Ron Ruiz. “Thankfully, most of the material in here is from the 70’s so it’s pretty flame-resistant and they didn’t make much progress. They finally left in a huff when they saw that the Christmas village display over by returns contained zero burning effigies of some old shoemaker or whatever the hell they were talking about. I hate this fucking job.”

The band’s spirits were temporarily lifted, however, after running into a salesperson working between the Estee Lauder and MAC counters.

“Black Friday is an overwhelming time for pretty much everyone, so I do my best to address a person’s needs and get them out the door as quickly as possible,” said amateur makeup artist and professional makeup salesperson, Dionne Haigh. “This tall, dark-haired woman was stomping around and angry about her eyeliner, I’m guessing, so I was able to point her toward our smudge-proof line, which we’ve got a great deal on all weekend. Plus, I helped color-match the foundation. Whatever she had on before was about 35 shades too light, so her cheekbones really pop now.”

At press time, the band was seen Google searching “sword +lord of rings merch near me” which they figured they might as well look for “while we’re already out anyway.”