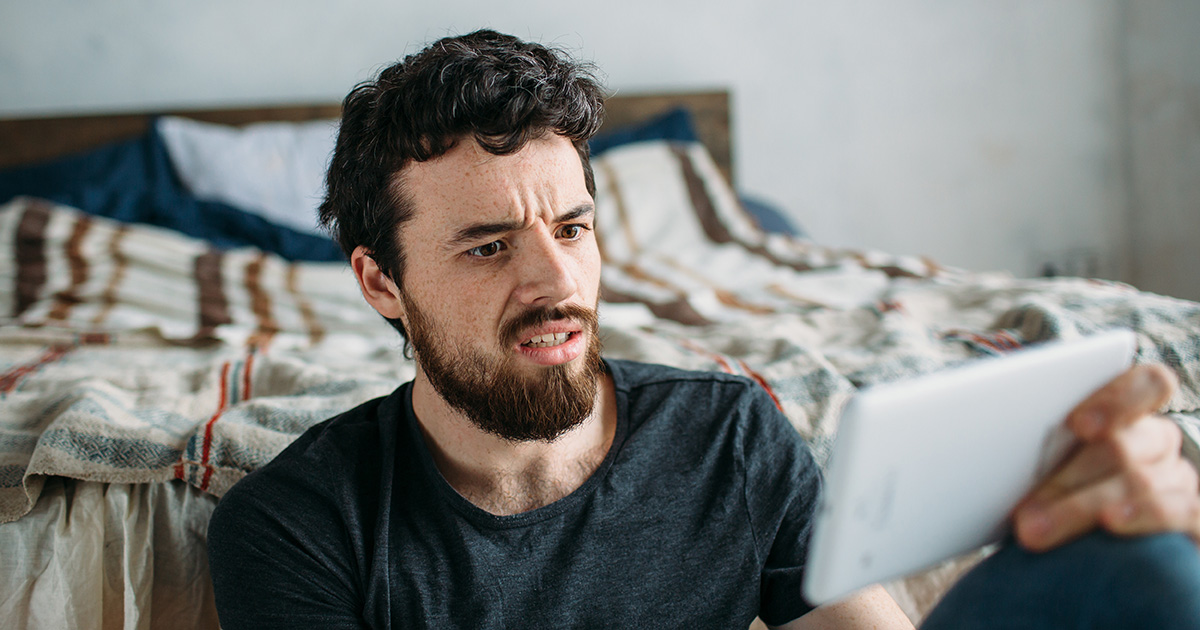 ST. LOUIS — Local man Connor Goodman checked the stock market today and was too confused by what he read to feel any sense of rightful anxiety or dread, according to sources.

“I look at the little arrow lines, and sometimes they’re green or red, or that other color that blueberries are,” Goodman said. “I think I would be petrified by the constantly shifting markets and the slow public execution of capitalism, but I just don’t know what any of that junk means. So instead of panicking or managing my investments, I just sit in a room and look at the wall most days. Sometimes people talk about the Dow Jones or the NASCAR, but I just smile and nod. It would be really awful to have the knowledge of what’s happening in the world, but thank God I’m just a regular, everyday guy.”

Goodman’s stockbroker, James Martin, claimed he appreciated his client’s outlook on the market.

“Usually when a bad investment tanks or the market fluctuates, I get a lot of angry calls from my clientele. But this guy is perfect,” Goodman said. “He never knows what any of this means, so I often just show him a Getty Image of a green line going up, he smiles and gives a thumbs up, and then we talk about ‘American Horror Story’ or whatever. I almost envy him; he never feels the need to mansplain the stocks to his girlfriend, or complain on Reddit about Bitcoin, he just vibes.”

Industry professional Rowen West weighed in on Goodman’s mental strategy and how it has affected the world at large.

“Every day, more and more Americans adopt this mentality,” West said. “If he did understand what was happening with the economy, he would probably lose it, but to him ‘The Big Short’ was a science fiction movie. As a professional, I encourage everyone at home to consider this: if you don’t know what the stocks mean, don’t learn. All it could get you is a life of disappointment and stress. Most importantly, if you learn about what the stocks mean, you would understand when people like me are corrupt, and we certainly can’t have that.”