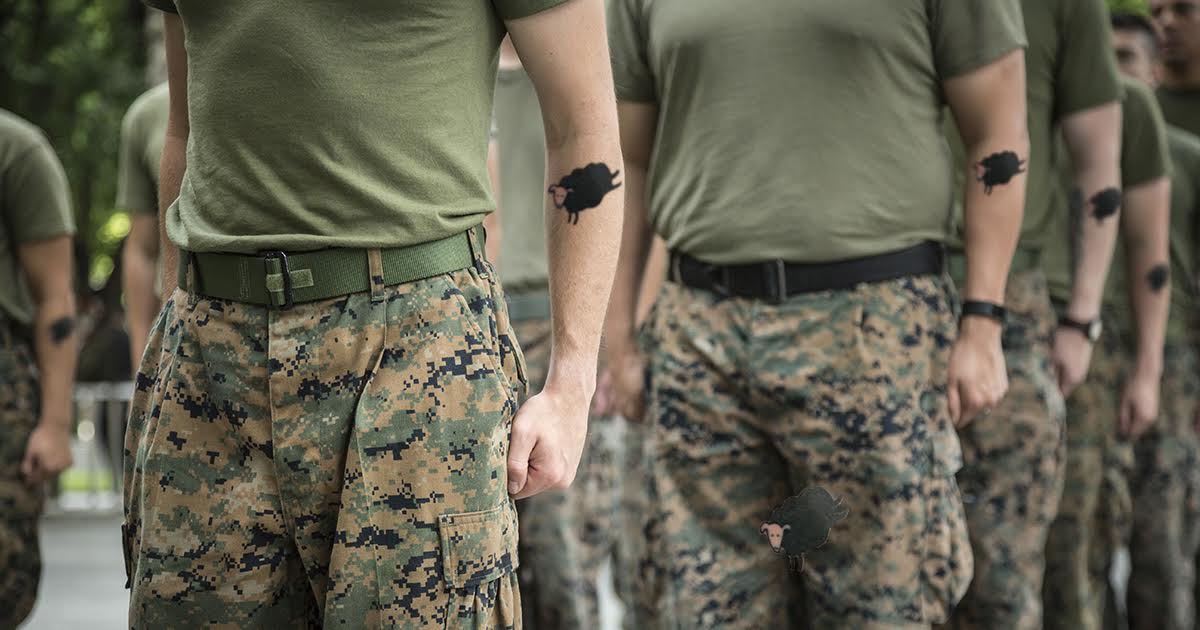 Across New England, clear-minded young men and women lined up at designated straight edge-friendly tattoo shops to be marked with the internationally recognized symbol of hardcore sobriety: the Minor Threat black sheep.

“I’ve been looking forward to this for weeks,” said one recent straight edge convert, 18-year-old Mark Schnappyalee. “Ever since I realized I could stop friends from calling me a ‘lame ass bitch’ for not drinking if I said I was straight edge, all I’ve been able to think about is getting this ink. None of my other friends even have tattoos yet. Who’s the lame ass bitch now, Derek?”

Those deeply embedded in the straight edge subculture say there is nothing more sacred than receiving the classic black sheep tattoo.

“I remember mine like it was yesterday,” recalled 2xWhatxEndx frontman and Sharp Mind Tattoo owner Charlie “Edge” Edganowski. “The day a new soldier in the straight edge army gets their black sheep is the day they become an edgeman or edgewomen for life… or at least until college, or they get broken up with. It’s like a straight edge bar mitzvah: nothing can compare to that feeling.”

Edge estimates he will ink more than 50 black sheep tattoos by the end of Edge Day. Additionally, he projected at least 20 percent of those inked to also buy an X-rated Swatch from eBay within the month.

“It’s one of the busiest days of the year for me,” said Edge. “Really, the only thing I can compare it to is the number of people coming in here for Black Flag bars.”