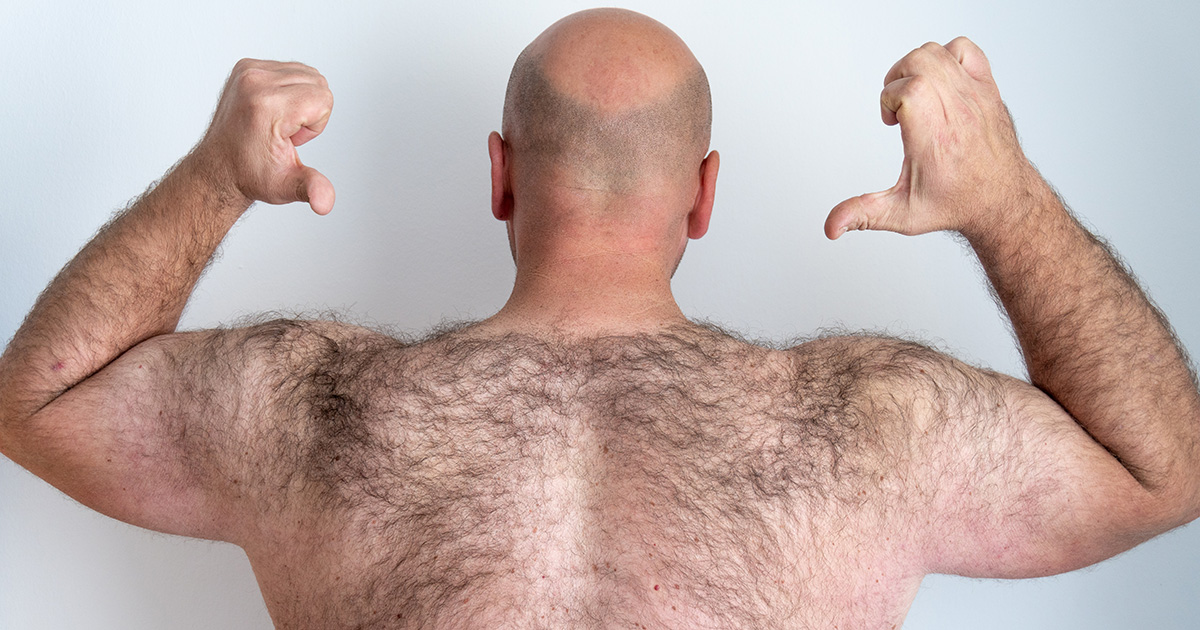 DALLAS — Gary McGee, a 50-year-old insurance salesman from Fort Worth who recently married mother of three, Linda Villalobos, is by far the children’s hairiest stepfather to date.

“I thought the last guy was bad, but man, it’s like he’s some kind of animal,” said Logan Villalobos, the youngest child. “It seems to be coming from everywhere: his ears, his nose, his feet. I don’t think there are any patches of his skin where hair isn’t there. His chest hair sticks out even when he’s wearing a turtleneck. He has more hair than my neighbor Miss Vicky’s dog.”

Alex, the oldest Villalobos child, suspects her mom wanted a change from her previous partners.

“Barry, he was our first stepdad, he was okay. But he was totally bald,” Alex Villalobos said, absentmindedly twirling her own hair. “I think maybe Mom’s subconsciously rebelling against him by finding the hairiest man in Texas. You really have to see Gary yourself. I don’t really care that much, but people do stare. He took us to the beach last summer. It looked like he was wearing a sweater. I told Logan he’s part bear.”

Anthropologist Myra Walsh confirmed that while many do lose their hair, some men grow more hirsute as they age.

“Our bodies can be full of surprises as we reach our senior years, and changes in hair are just part of that beautiful process,” Walsh said, just before seeing a photograph of McGee. “Jesus. You can barely see his eyes. The last time I saw something half this hairy it turned out to be an old carpet someone tossed out on the side of the road. On second thought, he might want to have his hormone levels checked. It’s entirely possible that this is simply genetic, but on the off-chance that this marks some sort of otherworldly explanation, I think humanity should have a record of it.”

At press time, McGee was shaving his beard for the third time today.