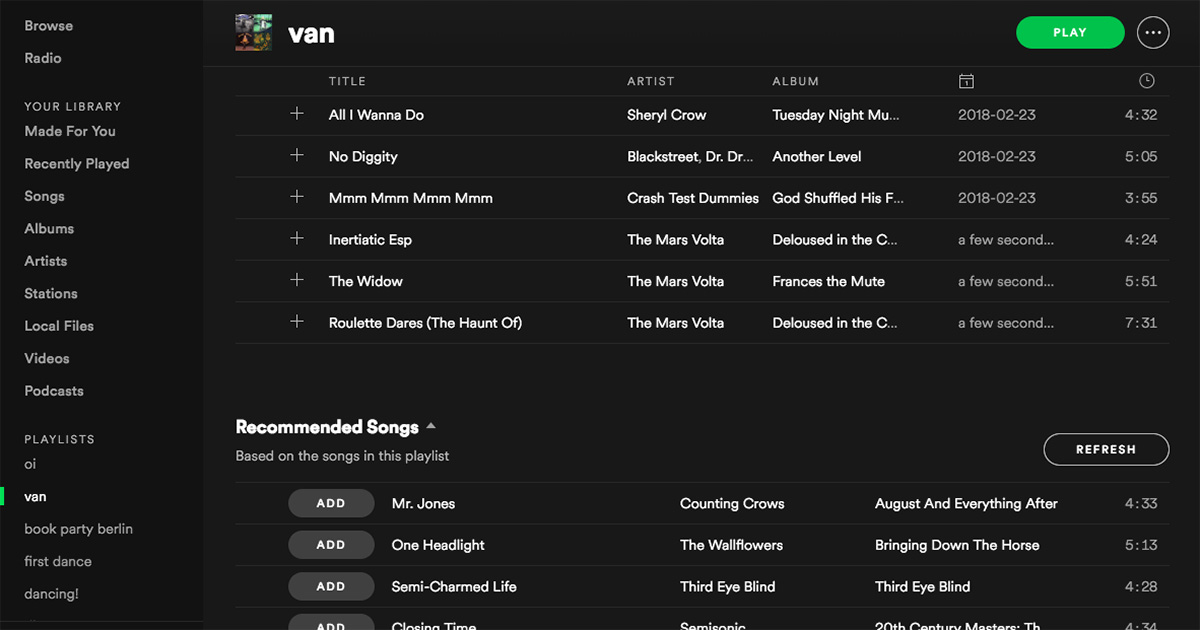 STANFORD, Calif. — Researchers at Stanford University’s Department of Biochemistry have developed a new drug test that simply checks a user’s Spotify playlists for the presence of the Mars Volta to determine probable drug usage.

“Traditional drug tests are costly to employers and physically invasive — no one wants to handle their own urine,” said Dr. Robin Walsh, one of the lead researchers behind the test. “Instead, we devised a new methodology that correlates the subject’s ability to withstand the nonsensical musical stylings of prog-punk wackos the Mars Volta with their consumption of narcotics. We’re finding it’s quite accurate.”

The new test, codenamed “The Mock-universe of Colossus,” simply requires the subject to log into Spotify, after which a trained analyst scans the user’s playlists to find any songs by the Mars Volta to flag for likely drug presence.

“Our system goes deeper than scanning for mere drug usage. Depending on which albums appear more frequently, we can determine exactly what drug is being abused and in what dosage,” claimed test analyst Roger Tuvula. “Early period work, such as Deloused in the Comatorium or the Tremulant EP, tends to indicate narcotics with more moderate potential for abuse, such as Xanax or ketamine.”

“Even the slightest trace of Amputechture is a major red flag right off the bat — one simply cannot listen to that much John Frusciante and not be dabbling in a whole lot of something,” Walsh said. “And if a playlist contains even just one Omar Rodriguez-Lopez solo track, that usually means the subject is on bath salts right now.”

Despite the rapid advancements, there is still some necessary refining to do before the test can be adopted in the private and public sectors.

“Not all Mars Volta songs are created equally,” Dr. Walsh admitted. “’The Widow has some occurrence of false positives, as it is their most basic song — which explains why it was a single.”