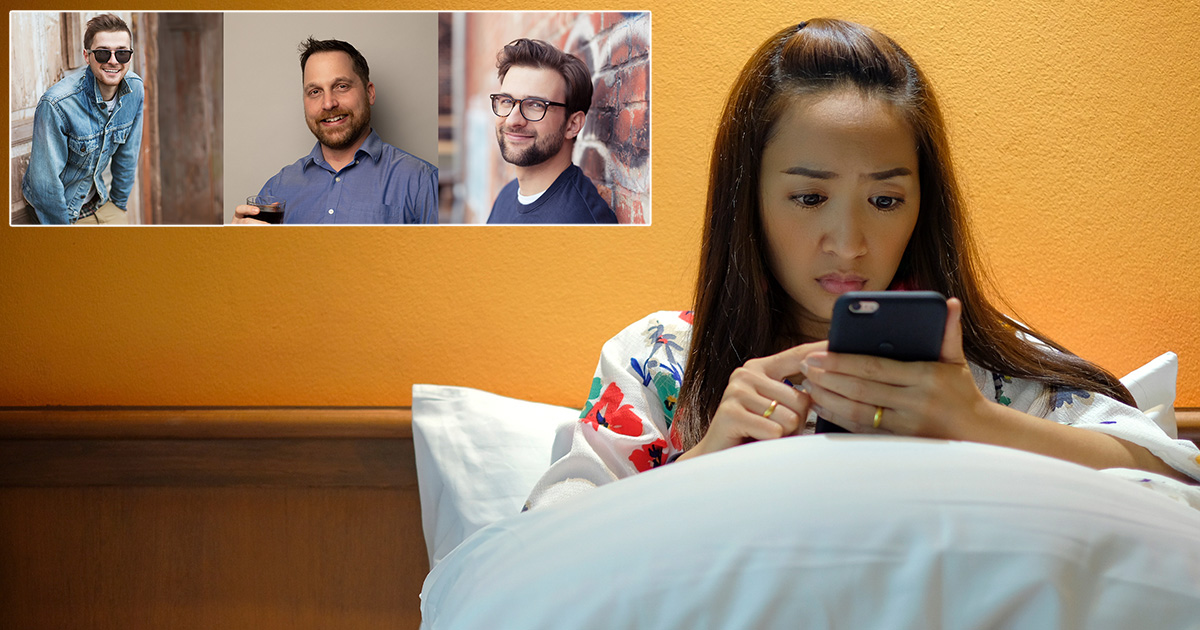 SAN FRANCISCO — A specialty dating app created for connecting East Asian people seeking the same is reportedly being used exclusively by white dudes, according to sources.

“I love how small and cute they are, but also sexy at the same time,” said software developer and single white dude, Bobby Perlin. “Don’t get me wrong though, I’m not superficial. What I really want in a girlfriend is a good personality. I like girls who I’ve heard are quiet, shy, eager to please, 100% faithful, and who love to cook and clean, but are also kind of feisty, if you know what I mean. That just happens to be my preference, I can’t help that. Love is love.”

“Honestly though, I’m doing these girls a favor by signing up for this app, right? If it wasn’t for me, they’d just be swiping left on Asian guys. I’m pretty average looking, but I’m taller and better looking than any Asian man, so this should be a sweep,” he added.

The software team behind the app were astounded by the numbers.

“We’ve been making niche dating apps for over 10 years now and this is by far our most successful. We have over 20 million users, all white men, ages 18 to 49. This is the most valuable demographic in North America and it’s extremely challenging to capture their undivided attention, but we’ve succeeded with the allure of Asian women,” said software developer Dan Fisher. “Unfortunately, not a single Asian woman has signed up for this app yet. We can’t quite put our finger on why that is, but we hope to work it out soon.”

A young Korean-American woman who preferred to remain anonymous reported not needing to download the app to find hordes of white men who feel entitled to her attention.

“Dating as an Asian woman is awful. White dudes act so cocky when they talk to me. First, they try to guess my ethnicity and expect me to act impressed if they get it. Then they tell me how much they love Sailor Moon and how Sailor Mars is the hottest Sailor Scout, as if that isn’t obvious,” she said. “After that it’s a predictable turn toward the trip to Thailand they took with eight of their guy friends before they finally buy me a taro bubble tea. I do like taro bubble tea, but fuck off with the rest of that shit.”

At press time, the app reported zero white women having signed up.