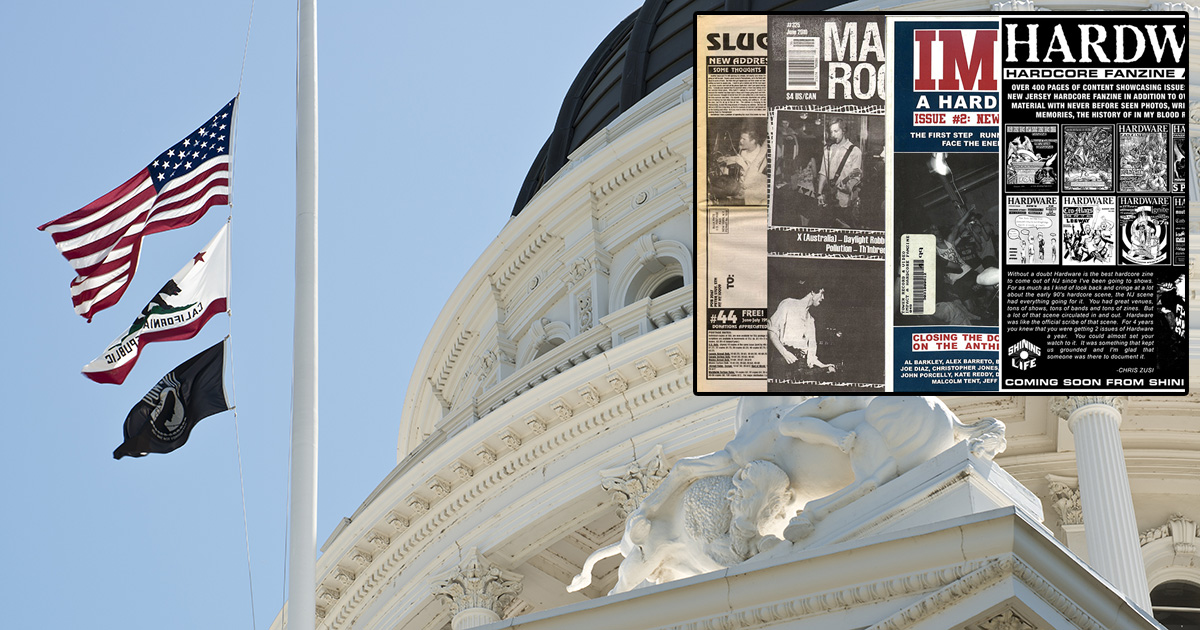 “Today, Californians can rest a bit easier: you will no longer be bothered by Instagram posts from friends asking you to buy their ‘limited edition’ zine of punk rock poetry for $12,” said Gov. Gavin Newsom after signing the bill into law. “These publications will be limited to single digit runs, and must be printed from a home computer using your own ink — FedEx and Staples will no longer be allowed to provide printing services for these dangerous individuals.”

Proponents of the bill were ecstatic to finally see it become law.

“For over 20 years I’ve advocated for more government oversight on zines, especially when it comes to anarcho-punk zines that feel like they’re made of papercuts,” said longtime punk Angel Hernandez. “I’ve lost too many friends over the years because I had to tell them they’re wasting their time, and that maybe they should focus their attention on something better. Today, it looks like the nightmare is finally over.”

As expected, many zine creators were outraged by the bill, claiming the government is trying to limit free speech.

“I’ve been publishing a zine focused on intersectional feminism in the animal kingdom for the last 10 years that’s raised a lot of important awareness. Each of the three editions I made eventually sold out, or were damaged when my basement flooded,” said zine maker Tara Crawford. “Our so called representatives in Sacramento are simply scared of new ideas. This is a direct violation of our first amendment rights, probably.”

“Also, I just got one of those staplers with the long arms after like a million years of gently folding the papers up so they would fit a regular one, so this is double bullshit,” she added.

Lawmakers are also expected to pass a law requiring bands who want to tour to release more than just one completely ignored demo.