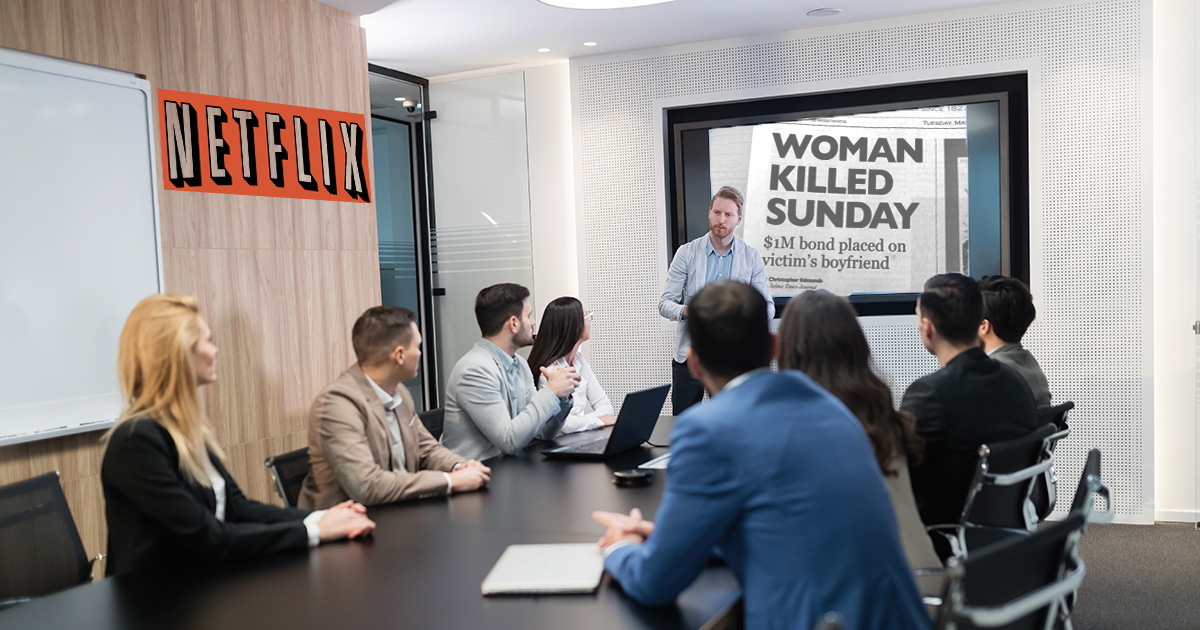 LOS GATOS, Calif. — Netflix announced yesterday that they are ordering a slew of new violent homicides to generate content for a new true crime documentary series, streamers who didn’t want any spoilers confirmed.

“Supply is just not keeping up with demand, so we have no choice but to take matters into our own hands,” said Netflix CEO Reed Hastings before cackling maniacally for several uninterrupted seconds. “Not to mention we’re competing with the likes of HBO, Amazon, and every time the 24-hour news networks cover a mass shooting in a way that sensationalizes the murderer. We simply must innovate if we want to get ahead of the competition. I’m sure by 2025, all true crime-related content will be micromanaged by corporations anyway. It’s an unsustainable business model otherwise.”

Fans of the genre have high hopes for the new series.

“I for one cannot wait for this doc to shine new light on a killing spree that hasn’t even happened yet,” said Gregory Frothog while brainstorming wacky puns for his new amateur true crime podcast. “Sure, from the outside it looks like these companies are nefariously exploiting the pain and suffering of the victims’ families for massive profit while straight up committing first-degree murder. But on the other hand, they are also providing a service and creating something to have on in the background while I stare at my phone on a Tuesday night. Sort of a wash if you really think about it.”

Experts weighed in on the phenomenon.

“Corporations are people, and people are serial killers, and serial killers are straight white men, and straight white men run these corporations. That all checks out,” said filmmaker Mel Thompson, who is currently working on a documentary about true crime documentaries. “There are simply not enough regulations on these major tech companies. They pretty much have carte blanche to do whatever they want, and they’re just getting more powerful as a result. Unhealthy working conditions? Union busting? Committing brutal murders on civilians for the sake of content? You name it, these companies can get away with it and have droves of people happy to pay a modest monthly premium for it.”

At press time, Netflix additionally announced that they had recently started a religious cult using a Jared Leto look-alike in order to generate content for a documentary set to premiere in summer 2022.