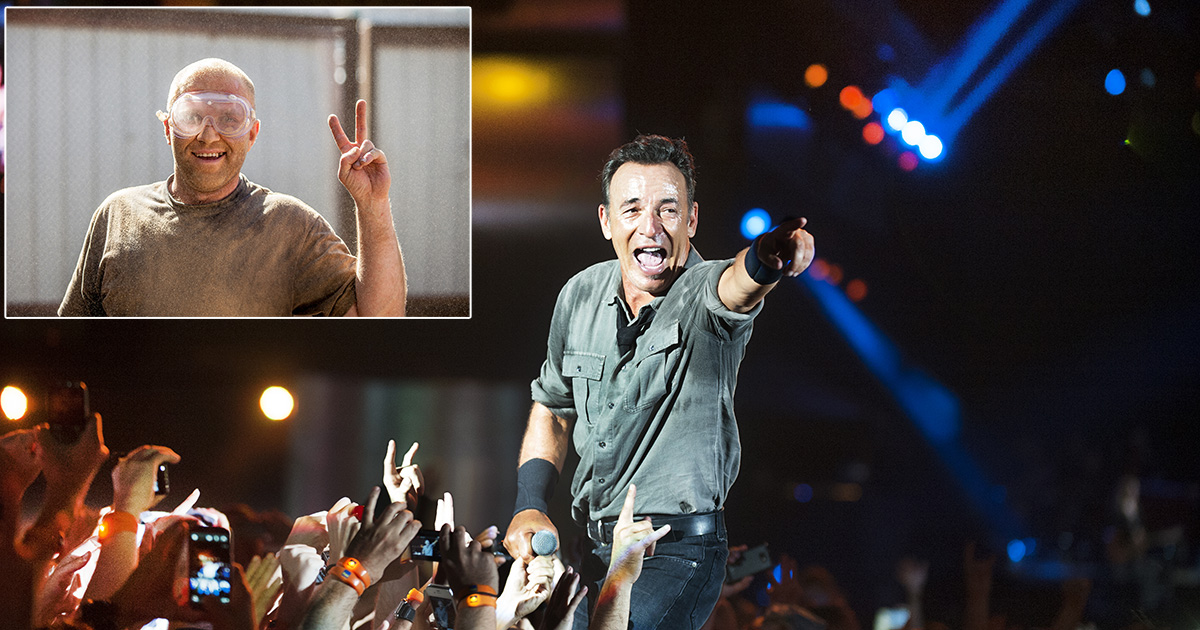 LONG BRANCH, N.J. — Rock legend Bruce Springsteen shared his special tip for overcoming stage fright this week, revealing that whenever he feels nervous, he simply pictures everyone in his sightline with their clothes muddied by a stern, honest day’s work.

“It’s just a little mental trick to help even the playing field,” noted Springsteen while meditating to audio captured from an active Jersey steel mill. “Whenever I start to feel judged, I just picture everyone with calloused hands, dirty shins, and a face discolored by dust mixing with sweat dripping down their brow. Sometimes, if I’m really anxious, I’ll picture them proudly posing for a photo with their firstborn child in front of a rural raised ranch that’s been in their family for generations… but that’s only for emergencies.”

Die-hard Springsteen fans have grown accustomed to his routine, willing to overlook the very specific predicament he’s mentally placed them in for decades.

“I’ve seen Bruce over 40 times, and during every show, I can just feel him eye-dressing me,” said Timothy Duttwell, a local accountant who often considers buying cheaper, farther away seats just to avoid the forced cosplay. “Anytime I’ve seen Bruce in the past it’s usually a date night with my wife, so I try to wear something nice… but to Bruce, I’m wearing tattered work boots, a dented hard hat with stories aplenty, the pride of knowing I got my hands dirty, and I’ve probably got a 1958 Chevy in my garage that my old man, who worked his entire life at a steel mill, passed down to me that I work on every weekend for fun.”

“The muddy clothes trick is used by a lot of artists — Mellencamp, Seger, even Sufjan Stevens depending on the album — but Bruce is the best at it,” noted Lockwell while on break from weaning Paul Simon off of his “imagine everyone is whistling” dependence. “It took us a long time to get here. At first, he could barely picture an audience member with their hair unwashed. Now, he often makes me think I’ve just spent eight hours in a North Brunswick Township lace factory.”

In related news, REM singer Michael Stipe admitted he is still trying to perfect his own technique, which is to picture his audience members on a cross-country roadtrip to meet their long-lost brother.