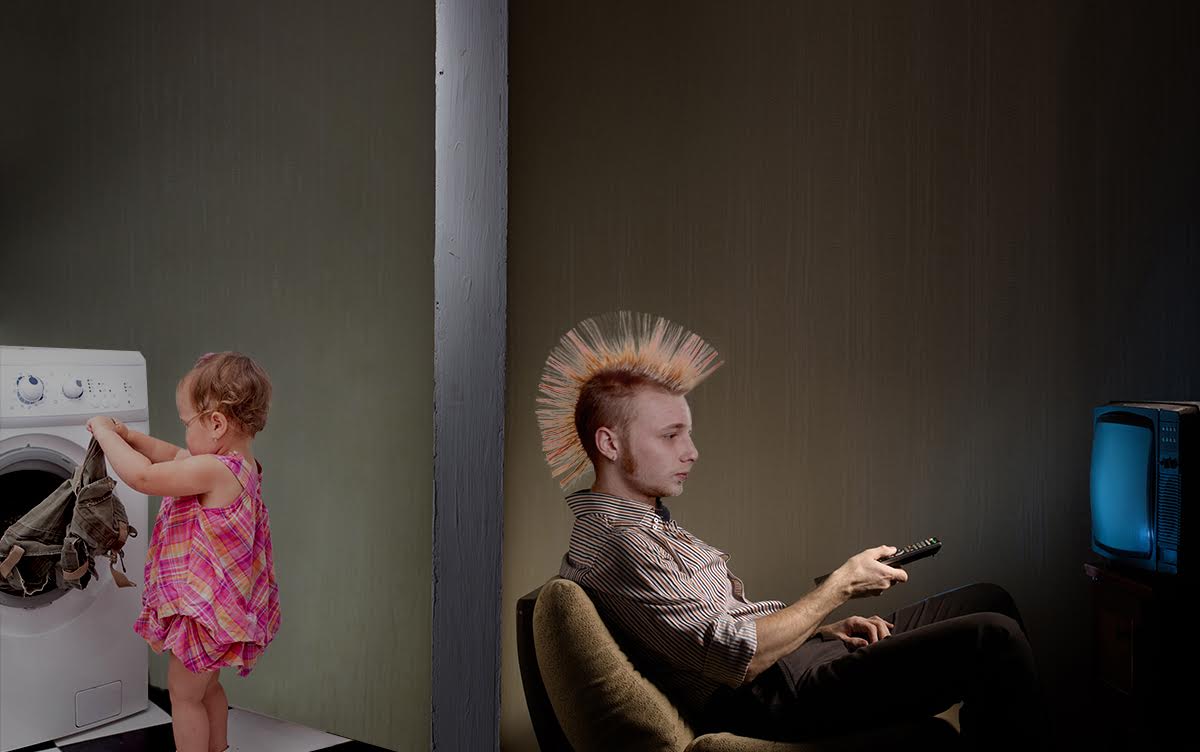 BLOOMINGTON, Minn. – Parenthood is a thrilling, rewarding, and often terrifying experience — especially for first-time fathers. But local punk and new dad Tom Jorgensen is determined to instill his strict code of DIY ethics on his helpless newborn son.

“Before he was born, my wife and I discussed our hopes and dreams for our new baby boy. I let her know then and there that I intended to always do right by our son, even if that meant neglecting him in almost every way,” said Jorgensen proudly while his son lay prostrate in a bassinette, unable to do anything himself. “I’m not about to force any way of doing things on him, and I know he’ll one day thank me for it, especially if he learns to walk the way I did — by watching TV.”

The unconventional parents, unwilling to force gender norms on their new infant, who is, at present, completely incapable of understanding gender norms, object permanence, or most forms of communication, have reportedly foregone the traditional blue or pink blanket in lieu of no blanket at all. “If my son wants a blanket, he’ll make one from recycled scraps when he’s good and ready,” Jorgensen said.

“They won’t stick with it,” said midwife Jean Pursley, a friend of the couple whose offers of delivery help were turned down. “New parents always have these lofty goals about how they’ll be as parents. They usually drop the ‘I’m going to make my baby cook his own food’ schtick the second they’re home alone with a creature that depends on them for literally everything.”

Undeterred from the idea that his son would not or could not operate a food processor, Jorgensen stuck firmly to his ideals. “If I start a college fund for my kid, or change his diapers for him, what kind of ethical lesson am I teaching him?” he asked as his son wriggled on the ground. “My son will appreciate me so much more knowing I let him struggle unnecessarily to teach him a lesson about the value of struggle.”

Consistent with their beliefs, the happy couple has refused to name their child, opting to allow him to choose whatever he sees fit once he understands the social need of a name.