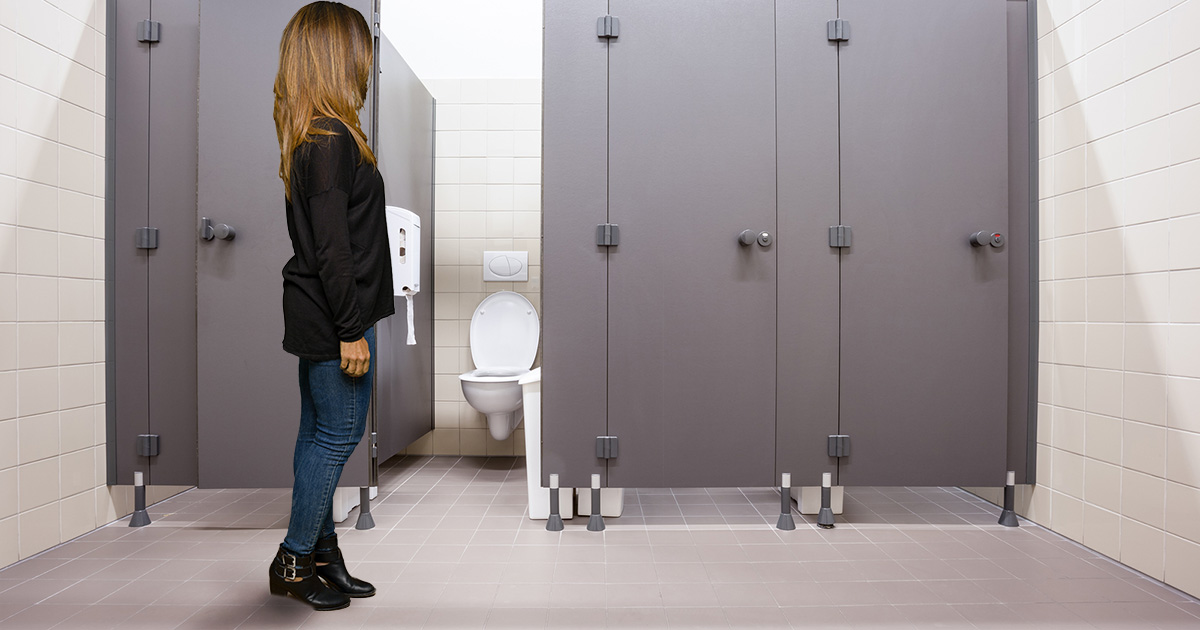 ROCHESTER, N.Y. — Local showgoer Alex Andrade ventured off to the restroom last night in hopes of finding a toilet seat that “felt just right, or at least wasn’t totally covered in piss and shit,” after she was unable to hold it in for one more song.

“I came to a door at the end of a long staircase that said, ‘Knock, lock broken’ on a damp sheet of spiral notebook paper,” explained Andrade. “No one answered, so I walked right in. I’d been standing out there holding it forever, and really just needed someplace to pop a squat.”

Mostly vacant, aside from a single eye peering out the gap of one stall door and the hum of overhead fluorescent lights, Andrade decided to take her chances on locating a suitable toilet.

“The first one was a hard ‘no,’” said Andrade. “I’m not a snob or anything, but it looked like a Jackson Pollock painting in there — and with my weak leg muscles, I couldn’t risk losing balance and making any unprotected contact with the seat. I don’t have health insurance.”

Disconcerted but still optimistic, Andrade assessed the damage in the adjoining stall.

“It’s apparent the last person here attempted some kind of makeshift toilet seat cover,” said Andrade, referring to the semi-saturated one-ply streamers draped in and around the bowl. “They had the right idea, but without good follow-through, it just turns into a bad, soggy paper-mâché project. That definitely won’t do.”

Motivated by the sheer desire to not pee her pants in public, Andrade checked out stall number three with a diminished sense of hope.

“I’d almost resigned myself to peeing outside, but this one had potential,” said Andrade. “There were a few short, wiry hairs on the seat… but after a couple of tries I was able to blow them off and safety position myself over some preexisting iodine-colored pee.”

At press time, Andrade was walking around with dried soap on her hands after realizing none of the sinks had running water.