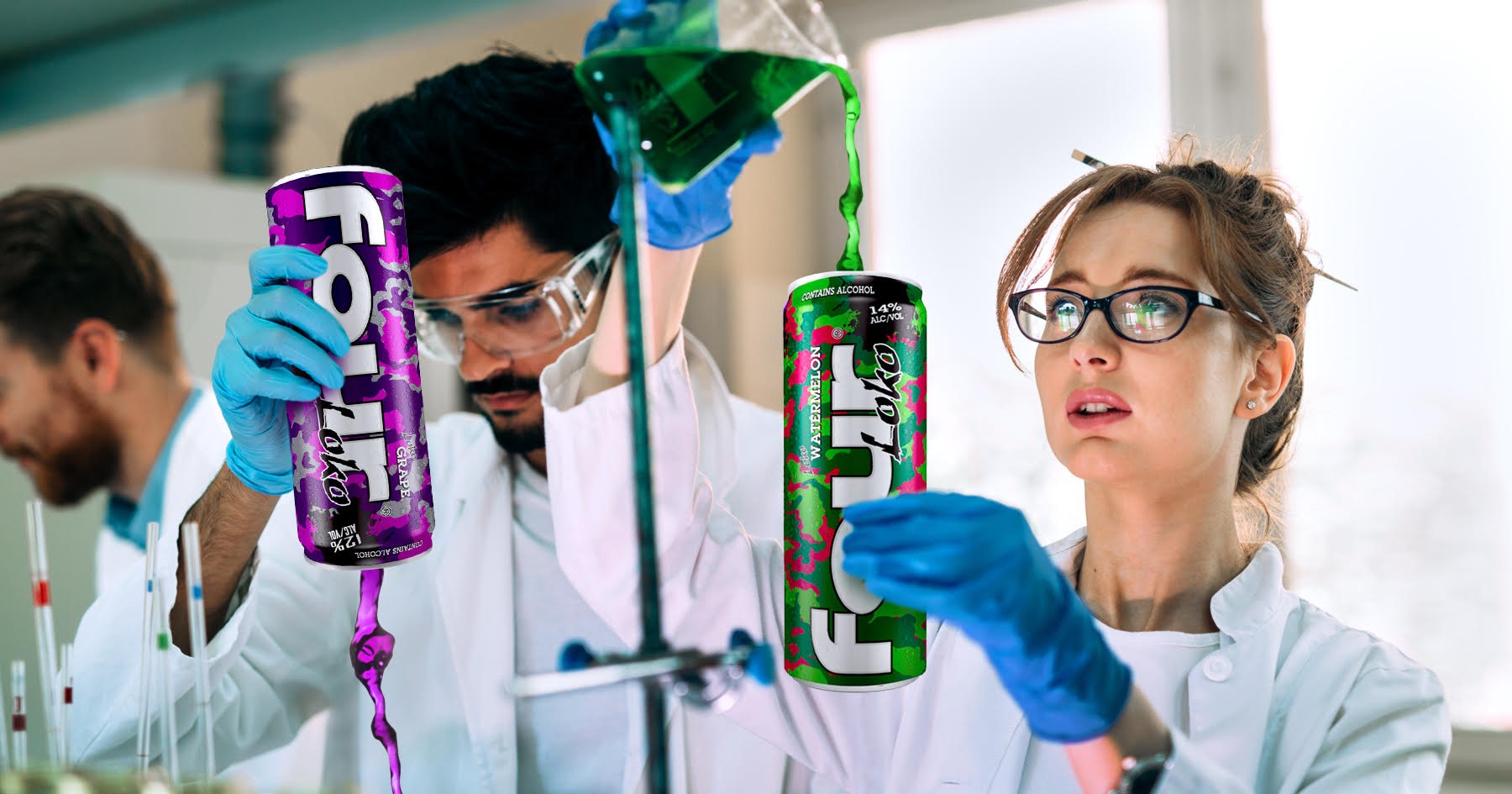 CAMBRIDGE, Mass. — Scientists at the Massachusetts Institute of Technology’s Department of Physics announced today the theoretical discovery of the fifth sequence of the energy/alcohol drink Four Loko, belligerent physicists slurred at a press conference.

“No… listen. No, you listen! I think… I think we found the Fifth Loko, and… just fucking hear me out, man — it’s fucking nuts,” mumbled a visibly intoxicated and amped-up Dr. Sandra Weymouth, lead professor on the project. “You know, we all know the first Four Lokos are caffeine, guarana, taurine, and… shit. Caffeine, guarana… taurine. Alcohol? I think so. Those cowards took out the good stuff, but we figured it out, and we found a fifth. Boo-yah, bitches.”

Sophomore undergraduate and suspended R.A. Tricia Donnoly helped the researchers by volunteering to consume what was described as an “ungodly” amount of alcohol.

“Oh, my god… those guys refuse to give me any credit!” shrieked Donnoly before very obviously vomiting in her mouth and swallowing it. “And, ladies and germs, I am proud to you to announce to you the fifth Loko… which is called… fuck you. I threw up on a chalkboard in the physics building and they stole my fucking work. Bitches. Anyways, it’s datura. Fifth Loko… datura. I got real fucked on it. Do not recommend.”

Dr. Jeffery Carlsson, Dean of the MIT School of Sciences, offered his thanks and announced the future of the project.

“We want to thank the brave men and women who sacrificed their time, their livers, and their previously spotless criminal records for this pursuit of knowledge,” praised Dr. Carlsson. “Unfortunately, we can’t have datura-addled staff roaming the MIT grounds, yelling about their dead great aunts chasing them or fighting the groundskeepers because the leaf blowers are too loud. Everyone involved has been fired or is currently pending trial.”

Inspired by the Fifth Loko study, The Ohio State College of Optometry announced a new research project of their own to see how much MD 20/20 one must consume to achieve perfect vision.