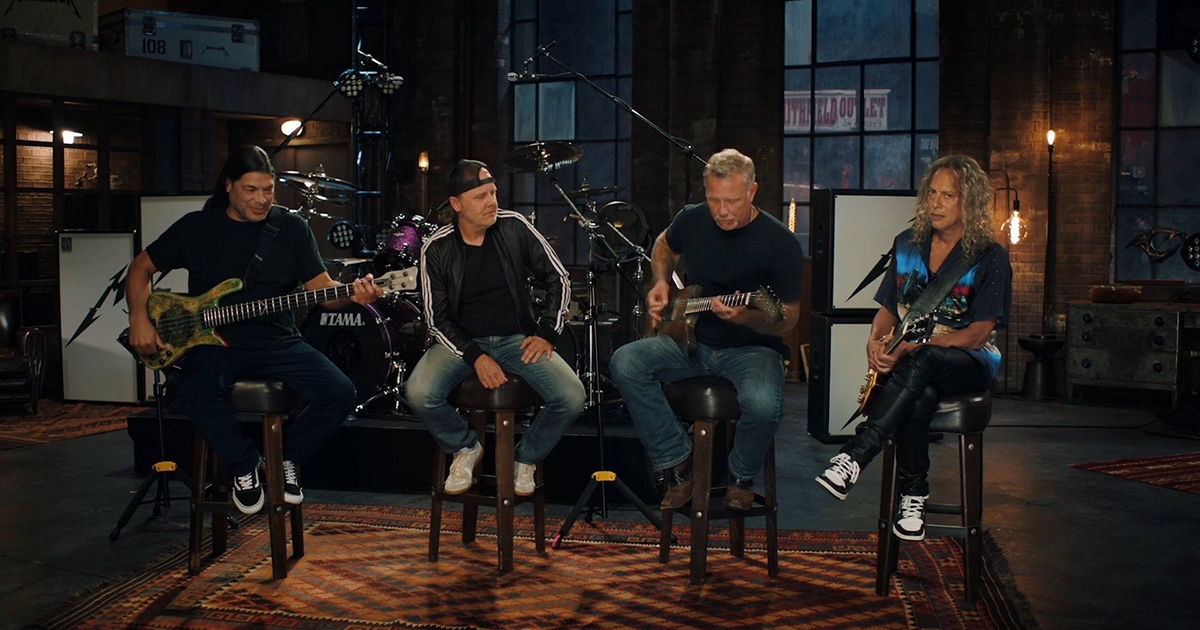 SAN FRANCISCO — The new Metallica Masterclass program where they teach viewers how to be a band is being called confusing and misleading by subscribers who say it’s just hours of tips on how to sue small businesses and 17-year-olds over frivolous copyright violations.

“We were pretty excited when Masterclass approached us about teaching new bands to find lasting success. We focused primarily on the core concept, which is that suing any and every teenager or small business is the best way to create lasting bonds as musicians that want to hoard money,” said James Hetfield from one of his eight yachts. “After watching our class, we’re confident the next generation of metal bands will know how to find the right lawyers to financially ruin anyone that tries to infringe on their intellectual property, whether it be deliberate or accidental. We don’t fucking care, the money is still gonna be green.”

Subscribers of the class were not sure what to make of what they watched, as most thought music would be at the forefront.

“I figured, it being advertised about how to be in a fucking band, that I’d learn anything tangibly related to music or art or building connections. What I spent my afternoon doing instead was watching Lars Ulrich read the Racketeer Influenced and Corrupt Organizations Act of 1970 in its entirety,” said Kellen Jones. “There is a solid hour where they all take turns hitting a punching bag that has a cardboard cut out of the Napster guy taped to it. I just wanted to learn some tactics to get through a creative slump. They took my $15 and I learned nothing, so if anyone here is a criminal it’s them.”

Editors at Masterclass even admitted they were taken aback by how little Metallica spoke about the creative process.

“We were excited about bringing in fellow San Franciscans to teach those skills as a collective unit. It ended up being more of a challenge than we expected, because those guys spent most of their time recounting how fun it was to bankrupt record stores selling bootleg versions of their albums,” said class curator Devin Brown. “Basically what you see in the trailer is exactly how much music-related content we received. We were going to scrap the whole damn thing until, to no one’s surprise, they threatened to sue us.”

After seeing the backlash, Metallica quickly released a follow-up course explaining how to completely mix the bass out of every song.