Metalhead Running out of Body Parts to Carve Slayer Into 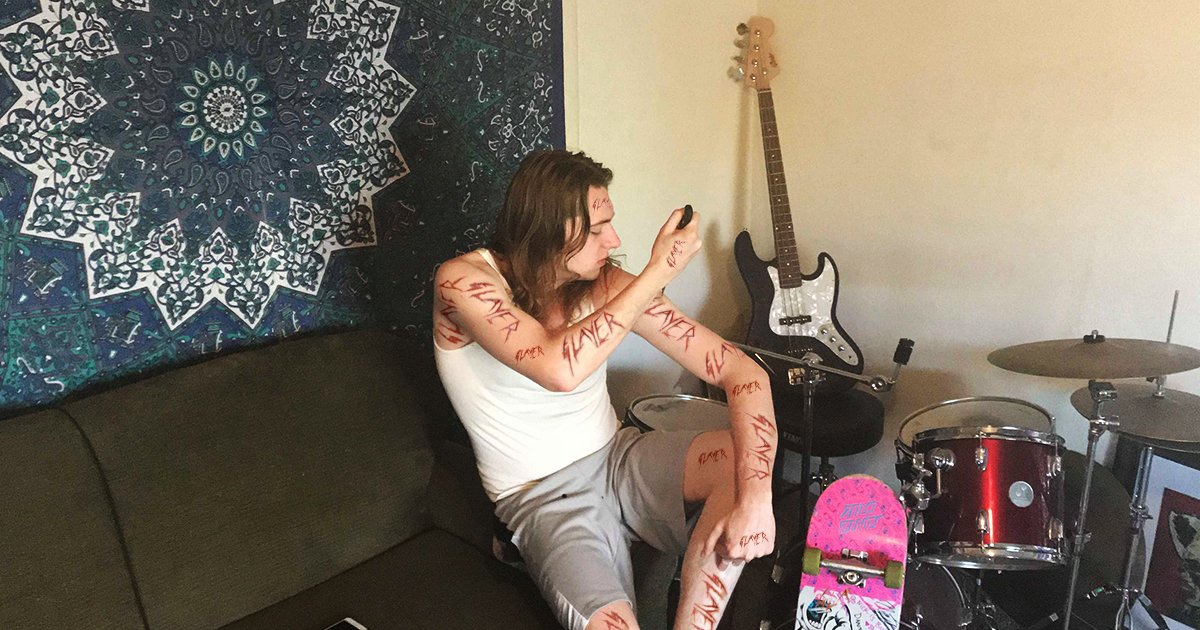 FRESNO, Calif. — Local metalhead Terry Parker found yesterday that he is almost out of body parts into which to carve the word “Slayer” as a tribute to his favorite band, sources close to the young man confirmed.

“It started out pretty simple. He’d carve ‘Slayer’ into his arms, like most people do, before moving onto his thigh, the tops of this feet — all the basic spots,” said longtime friend Angela Doane. “Eventually, it got to the point where he had to train himself to do it with his left hand. The first few were super sloppy… like, he’s got some that look like ‘Stapor’ and ‘Scnt8r.’ But he’s actually pretty good at it now.”

Parker estimates he already has over 50 ‘Slayer’ scars, but is beginning to worry that space for future carvings may be limited.

“You know, I used to only carve ‘Slayer’ into body parts I could cover up, so I wouldn’t have any issues getting a job or anything,” Parker said, rubbing ointment on his most recent self-inflicted “Slayer” wound. “But things at the gas station have been going well, so I got a little more bold. I’ve got ‘Slayer’ carved into my hands, neck, forehead, and shins… but I really don’t know where to go from here.”

Friends of Parker say the young metalhead has begun recruiting them to help carve up parts of his body he cannot reach on his own.

“None of us are really comfortable cutting open our friend with a knife, so he tried to get creative in order to reach his back,” said roommate Danica Owens. “He taped a knife to the corner of a door and tried to lean into it, but since he couldn’t see what he was doing, he just ended up stabbing himself too deep and going to the hospital, like an idiot.”

“On the plus side, he has been doing yoga to increase his flexibility, and I’ve never seen him happier or in better shape, so that’s cool,” Owens added.

A spokesperson for Slayer reminded the public that the band does not condone carving their name into anyone’s body, but do agree that it is “pretty fucking sick.”