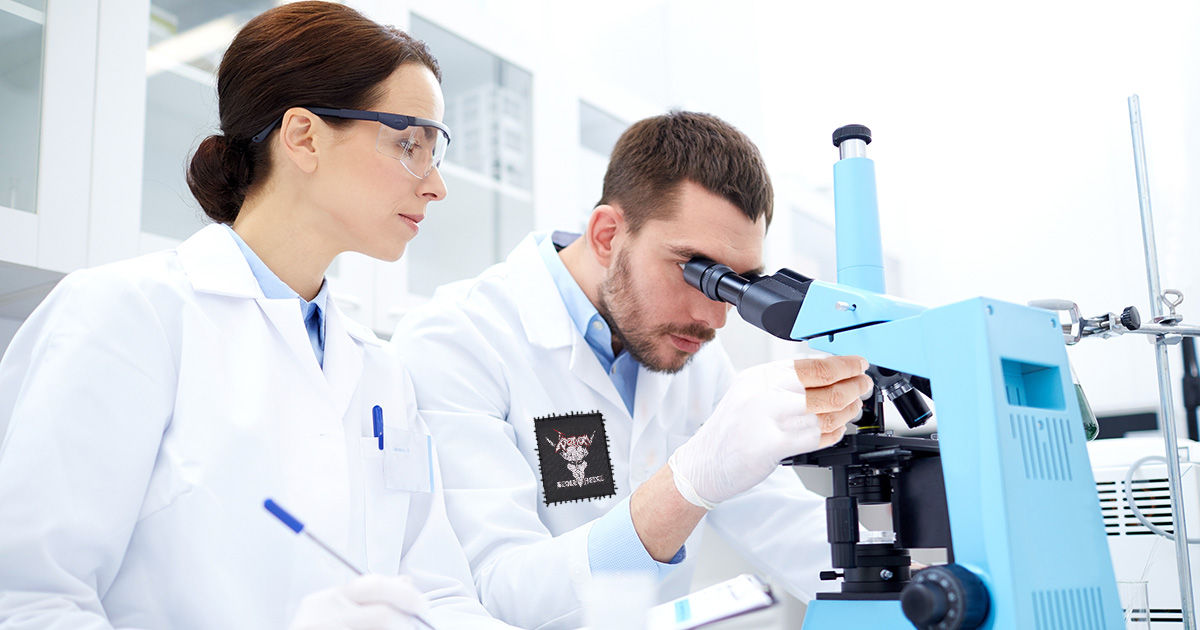 SALEM, Ore. — Metalhead and biology lab technician Chris Mathes once again cut the fingertips off his safety gloves despite the risk of contamination and constant warnings from his superiors, confirmed several sources close to the scientific headbanger.

“Everyone in the lab screams at me about how I need to wear functional safety gloves while handling specimens or pouring something dangerous like hydrochloric acid. But I’d rather melt my fingertips off than look like some conformist loser with normal gloves,” said Mathes while drinking a tallboy on his lunch break. “Next they will ask me to wear a hairnet so my hair stops dipping into every petri dish I handle or sew the sleeves back on my lab coat. Look, some things are just non-negotiable.”

“First off, he keeps bringing his guitar to work even though I’ve told him multiple times that this is not the time or the place to practice solos. His thrashing scares the rats and our experiments with earthworms were ruined when feedback from his amp broke their enclosure. Secondly, we do serious biology here and he’s constantly getting his DNA mixed in with the samples,” stated Dr. Abdella. “When I confronted him about this, he suggested that maybe if his DNA mixed in with the rat DNA and growth hormone then it would create some sort of badass elder god-like monster that slaughters the innocents and slakes its thirst with the blood of virgins… I’m going to have to double-check if he lied about graduating from college.”

Occupational Health and Safety Administration inspector Prateek Basu said that many fans of various musical genres present their own risks in laboratory settings.

“Every day I see people of different music cultures causing safety issues,” said Basu. “I have to remind punks all the time to not drink methanol because it causes blindness, and ska fans cause 30,000 laboratory-related deaths each year because they begin skanking whenever they get good news and it creates big safety problems across the board. Surprisingly though Parrotheads, AKA Jimmy Buffet fans, are some of the biggest offenders. They bring live parrots into hospital lab settings which is completely unsanitary. Plus they refuse to wear closed-toed shoes. You’ve gotta wear close-toed shoes.”

At press time, Mathes was being offered a Nobel Prize in medicine after successfully teaching the lab rats how to do a wall of death.